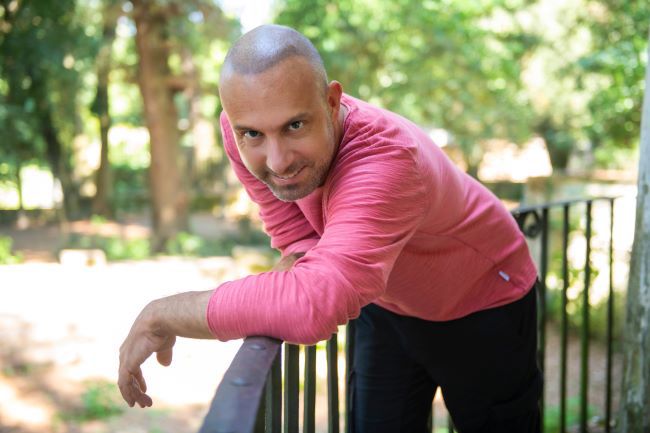 “I have always had a symbiotic relationship with my mother Renea Rocchino, who I remember was the first female lawyer in Italy of the Sacra Rota, for me a great example of courage and determination”

From Friday 10 December it is available in radio rotation “Tonight“(Reset production), the new single from Max Nardari. This is the fourth single by the multifaceted director Max Nardari, a fun and danceable piece, with a funky dance sound that is part of the original soundtrack of the episodic film Differently released in November 2021 exclusively on Amazon Prime, produced by Reset Production, which is also the disc label. The text of the song speaks of an imaginary journey out of the earth, among the stars, up to the planet Mars in an intermediate space between the material and spiritual world. The piece also has a psychological value, due to the artist’s deep conviction: it is useless to think of escaping the world in search of who knows what; until we courageously resolve our fears and uncertainties, wherever we go we will find them, even on another planet.

“Tonight” is your new single, what is it about?

Here you are Tonight !! A fun and danceable piece, with funky dance sounds that is part of the soundtrack of my film Diversamente recently released on Amazon Prime, produced by Reset Production (http://www.resetmedia.it) which is also the label of the disc . The production of the song was followed by Francesco Arpino at the Rock Me Amadeus studio in Rome and the Swiss digital distribution is Donner Management (The Orchard).

The text of the song speaks of an imaginary journey out of the earth, among the stars, up to the planet Mars in an intermediate space between the material world and the spiritual world. With this piece of mine I wanted to reflect on the fact that many of us, in moments of despair, would like to escape from the world to take refuge in a safe place, but until we resolve our fears and uncertainties these will reappear in our life. I wanted to give this message to young people: we must face our inner demons with courage and promptness, also because if we don’t, we will also find them at the end of the world. So it was and I see it continues to be in my life path.

There is also a video clip, how is it characterized?

The video clip, all in animation, which I invite you to see on my youtube channel https://www.youtube.com/watch?v=F_AqddSqPnE was made by Anonimadisegni, one of the most accredited special effects companies in the Italian scene. . In the video I represent a crazy cosmonaut who tries to escape from a super chaotic metropolis, with the intention of taking a journey among the stars. I get into a Back to the Future-style car, fly into space, then land on the planet Mars, reluctantly discovering that it is even more overpopulated than earth. At the end of the journey I ironically wanted to mention some of my films, in particular Diversamente. Being a director of comedies, the video clip is deliberately very cheerful and carefree and goes well in my opinion with the direction of the film which, while dealing with social issues such as homophobia, racism and discrimination in general, tackles them lightly. . In the video clip I strongly wanted the cameo of my mother Renea Rocchino, former first female lawyer in Italua of the Sacra Rota, here in the guise of a nice cosmonaut from another galaxy, who tries to outdo me with her spaceship, also putting me in difficulty.

After years in which I wrote songs only as an author, I decided to take the time to make an album of my own, with pop dance sounds and probably entitled Nothing to lose. I started preparing this album two years ago and it will be released in mid 2022 with about ten tracks. Among the singles, in addition to Tonight, there is also I need you which is always part of the film Diversamente (http://www.resetmedia.it/diversamente/). I am very happy because the whole album will have international sounds, with references to the 80s and 90s which are now very fashionable. The only parenthesis in Italian is the autobiographical single from last summer entitled Cento cose, which also anticipates the book of the same name, out at the beginning of 2022. The video clip is very funny and I recommend you to see it: https://www.youtube.com / watch? v = dbOzv5N1DNk If you like, follow my Instagram profile (https://www.instagram.com/maxnardari/) and subscribe to my youtube channel (https://www.youtube.com/maxnardariofficial). My personal website is: https://www.maxnardari.com/it/ See you soon! Hello.

The photos of the day, the world in five shots | Your photos from Liguria

Genoa: inhabitants of the Lagaccio against the cable car from the port to Forte Begato, 500 in procession

Ligurian motorways, traffic forecasts for Sunday 29 May and the real-time situation