As announced, Ducati released its last Thursday premiere to the world today. And as far as we’re concerned, the most long-awaited: the DesertX. 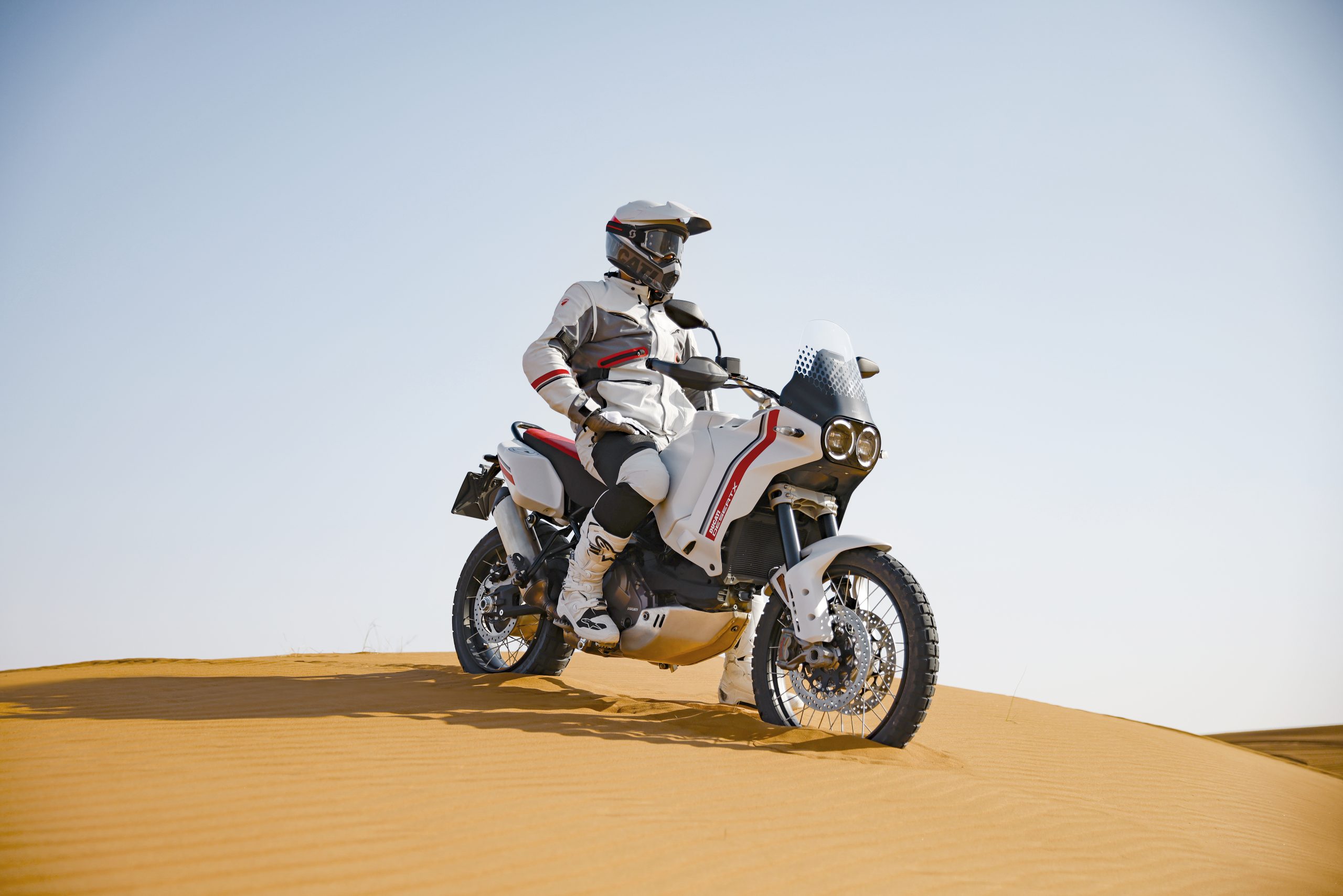 It had been known for a while that the DesertX would come, but when it was recently announced that it would not be a made-up Scrambler but rather an off-road version of the Multistrada V2, we spontaneously became even happier. Two years ago we did many laps around the prototype that was presented at the Eicma, but we weren’t completely convinced after the eighteenth lap. But with 108 hp coming from the 937cc Testastretta block, there will be nothing short of it. Even more so Ducati claims to have kept the weight of the DesertX at 202 kilos. 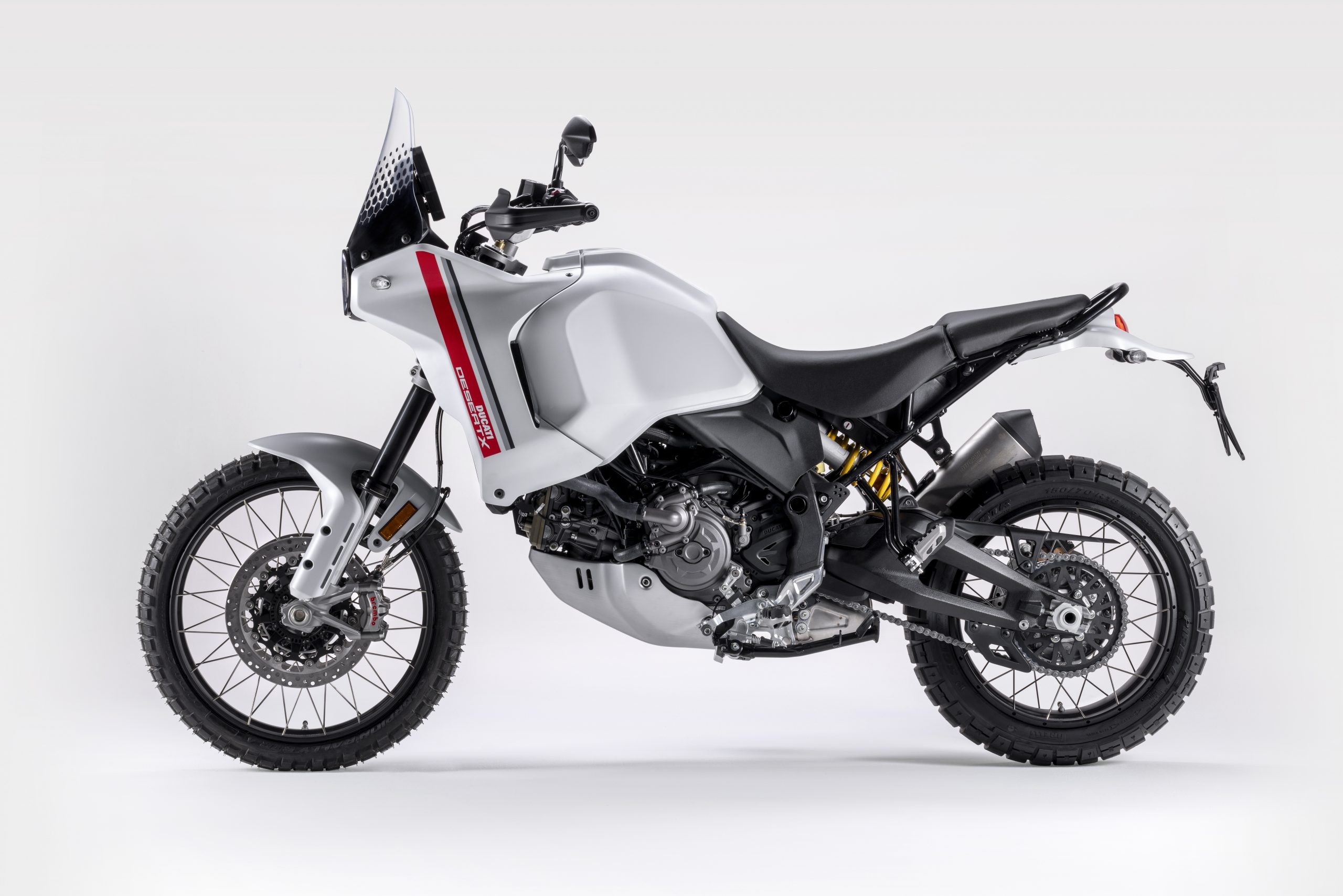 In terms of electronics, the DesertX will get all the latest gadgets, with a 6-axis Bosch measuring unit, six riding modes, lean angle sensitive ABS, quickshifter, traction control, wheelie control and you name it, all linked to a 5″ TFT screen that will feature a Rally Info screen mode. . In addition, there is also a Tripmaster function on the odometer, just like real rally bikes have. The standard model gets a 21 liter tank, but optionally you can make it 29 liters with an extra tank on the subframe, including some spare if necessary in the optional metal luggage set. Sounds very adventurous. 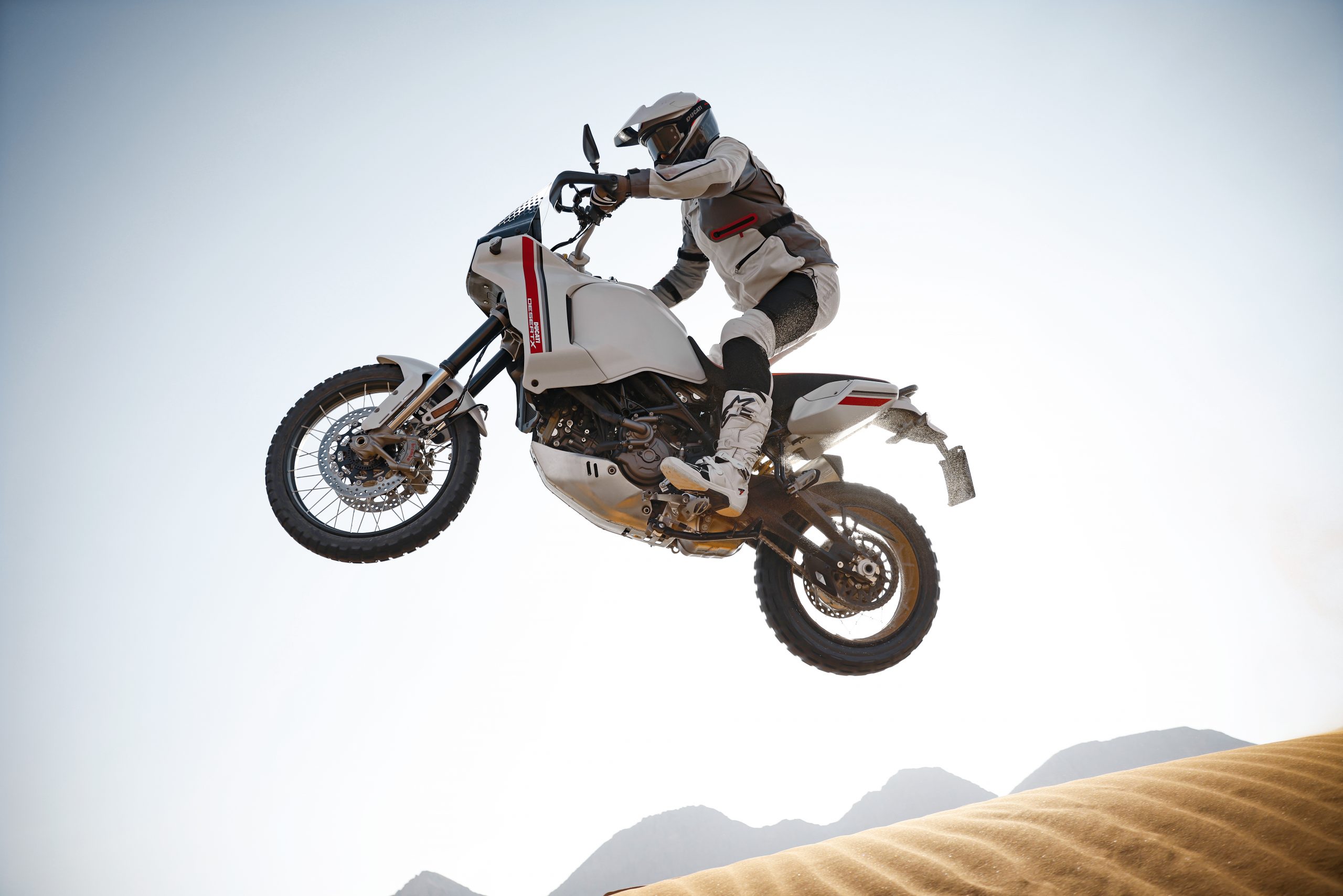 The DesertX gets a different gear ratio in the first five gears, with an extra short first and second for better off-road work. Although the latter will come even more from the 21/18 inch wire wheels, combined with the Kayaba springs, which have a suspension travel of 230 mm at the front and 220 mm at the rear. The setting would be more focused on off-road than on street driving.

Brembo takes care of the DesertX’s stoppers, with M50 monoblocs up front, which get a less biting setup for – you guessed it – less aggressive bite force in mud or sand. The seating position is also aimed at off-roading (read: standing upright), with a saddle height of 875 mm. All this to obtain a ground clearance of 250 mm.

But the best of the DesertX remains its appearance, which is very reminiscent of the Cagiva Elephant that won the Dakar at the time with a Ducati engine on board. In addition, Ducati saw his party a bit ruined by the ‘Lucky Explorer’ MV Agustas that were presented at the Eicma, with the same colors referring to Lucky Strike, but Ducati doesn’t seem to have bothered about that. And luckily…

Column | We can go again! Revenge of the full agenda

Biden on Texas shooting: ‘Time to turn pain into action’

With Jim Reeves on the screen