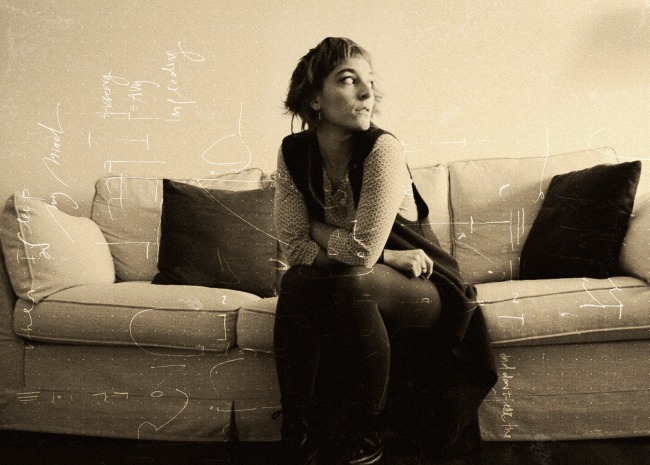 “Vivisection of a heart talks about how difficult it is to open up and express one’s innermost emotions, despite the most sincere transparency”

A wonderful new chapter is out on Friday, November 26th Mesoglea which anticipates the release of an album. Vivisection of a heart it is a piece that sees the production of Claudio Cupelli in art Kupo and is characterized by its intense, visceral flavor, enriched with distortions and electronic suggestions. Let yourself be transported into a musical world where you are cradled between the unreal and a tender despair, a middle world that the name Mesoglea announces to those who approach this little artistic gem made of precious balances and impalpable atmospheres wrapped in a silent fog that carries sensations and scents from the East and from the depths of a tone with a bluesy memory.

Mesoglea kindly granted us an interview.

“Vivisection of a heart” is your new single, what is it about?

Vivisection Of A Heart was born one evening two years ago from three piano notes on which I then wrote a very strong and personal text. It all happened in a truly impulsive and spontaneous way. I then quickly recorded it with the phone’s voice memos and sent it to Claudio Cupelli (Kupo). He started working on it and a production came out that perfectly suited the feeling with which I wrote this piece: distorted sounds, collisions, empty spaces that fill up to overflow and then suddenly collapse.

Vivisection Of A Heart is an open-hearted confession of how much it hurts to expose one’s deepest emotions, despite my being very transparent – what I think and feel is always read in my face, I have no way out-. I tried to transform this strong feeling into music that is part of my experience and it was a very intense, different, new research that detaches itself as melodies and production from everything that has been there previously and from what will be there. in the future. For me this piece is a small and precious jewel of truth and introspection. I connect it a lot to my first ep, Love Again, where there were no limits of time and emotion. Today I have the same feeling as then when I listen to it and it will be the same for this new creation.

Good question. Mine is not a simple listening and I think this last piece proves it. It is the mirror of my personality: twisted, full of peaks and falls, to be gutted, understood and listened to. I never stay on the surface, it’s not for me. And the welcome I expect is precisely this: listening to the song and trying to understand it, paying attention to what is different from the usual old-fashioned music that you listen to, understanding if you like it or not and why. I don’t want my songs to be listened to because they are catchy, but because they are listened to and understood. Or even misunderstood! One of my pieces doesn’t necessarily have to like it, it can also disturb: it’s a reaction anyway. I would like there to be an active and conscious listening to music, without being a musicologist or a critic, this is useless. Just a more curious and open mind is enough.

The first song (Again) was written in 2012 but Mesoglea was born concretely in my hands and in my mind at the end of 2016 from the need to have to put my emotions and experiences that fill daily life to music. The debut of the project takes place with “Love Again”, an ep of research and experimentation produced by Claudio Kupo Cupelli; a work in which there is the fusion of acoustic and electronic sounds, which is the characteristic on which my world is based. With this ep I can say that I have built a result that is certainly alternative and independent of any type of structure, which is why it reflects my personality a lot and I consider it absolutely a valid introduction and presentation to the project. From 2018 to 2020 I released other singles, Poison (also revisited in a totally acoustic version), Altrove and Aurora, three songs in which a search for rarefied, immaterial and refined atmospheres continues to recur. Each of my tracks expresses extreme sincerity because I translate my experience into music, without fictions or loopholes. The lyrics I write are exactly what I live – a bit cryptic, yes, but real -. It is not at all simple as a process but the beauty of seeing that each one, in its own way, touches and moves certain strings of my intimacy, certainly repays the effort. The intent that I try to transmit and create even in live is the same on the public: to move the viewer and some of his strings while listening to my music.

Stepan the cat was awarded one of the most popular influencers in the world: “Help Ukrainian children”

Metropolitan green, for the 67 municipalities of the Genoese metropolitan city about 300,000 trees are planted

David Tennant returns as the tenth Doctor Who

Genoa airport, service car falls into the sea in the night: a worker at the airport dies. The hypothesis of an illness

Pegli, 25, dies crushed by a car in a garage

Countries where journalists must remain anonymous