For its new C-Class, Mercedes played it visually safe: the profile of this large middle class remained virtually unchanged, only the front and rear beckon more strongly to the other models from Stuttgart. The latter is slightly more noticeable with this four-door than with the station wagon, because the C-Class traded in its vertical taillights for the slender horizontal light blocks, as the A Sedan and E-Class also have.

Of the two models, however, the C differs clearly in the interior, starting with its large central touch screen that was borrowed from the S-Class. This interface itself is quite intuitive, but the lack of physical shortcuts can be called a point of criticism – although that is really problematic for the steering wheel, where the touch zones do not respond or respond inappropriately to swipe movements of your finger half the time.

There are good points for the decoration. With the exception of an occasional slip (which should actually not be allowed at this price level), the whole is firmly put together and the materials testify to quality. A special mention goes to the optional ambient lighting, which is nothing short of impressive once darkness falls, with even color-changing vents illuminated from the inside.

The driving position is good and there is plenty of space everywhere – including the rear, where occupants reap the benefits of the larger dimensions and longer wheelbase. The fact that the four-door offers 3 centimeters less headroom in the rear than the Break will only affect the largest passengers. Furthermore, the C-Class with four doors has a cargo volume of 455 liters. That is certainly not a record for a car of just under 4.80 meters long, but in practice more than sufficient.

Whether or not this smallest petrol engine in the C-Class actually convinces or not depends entirely on how you use it. If you stay around the proverbial church tower with the C 180, this four-cylinder distinguishes itself by its soft character (in the car anyway, because on the outside it doesn’t sound so civilized at all when it’s idling). There is also little to criticize in the operation of the nine-speed automatic transmission.

The picture changes, however, as soon as there is more variation in the tempo changes. The problem is not so much with a lack of spunk, but especially with the long-spaced 9G-Tronic, whose control also invariably seeks the lowest possible speeds. As a result, when you suddenly need a lot of power, the gearbox downshifts two, three or even four gears in one fell swoop. When merging into the left-hand lane of the highway, for example, the 1.5-litre is boosted from 1,500 rpm to over 4,000 rpm in one go.

Those brutal outbursts curse with the serenity that drips for the rest of this C-Class. Because despite the AMG Line package and the beautiful (but oh so fragile) 19-inch wheels with wafer-thin low-profile tires (255/35 at the rear) of our test car, the chassis always shows suppleness in its reactions – even the Sport mode of the adaptive damping is still available. always very accommodating. Without affecting the handling, because thanks to the sharp front axle and the precise steering wheel, the C-Class is always pleasant to drive.

The high weight of this C 180 does somewhat hurt the pump. On the highway, the seven-mile boots of the 9G-Tronic allow you to run around 7 l/100 km, but on a route with a lot of stopping and accelerating, the 10 l/100 km limit quickly comes into view… In the end we got stranded. on a test consumption of 7.8 l/100 km, which is slightly more than we had hoped given the undemanding test conditions. 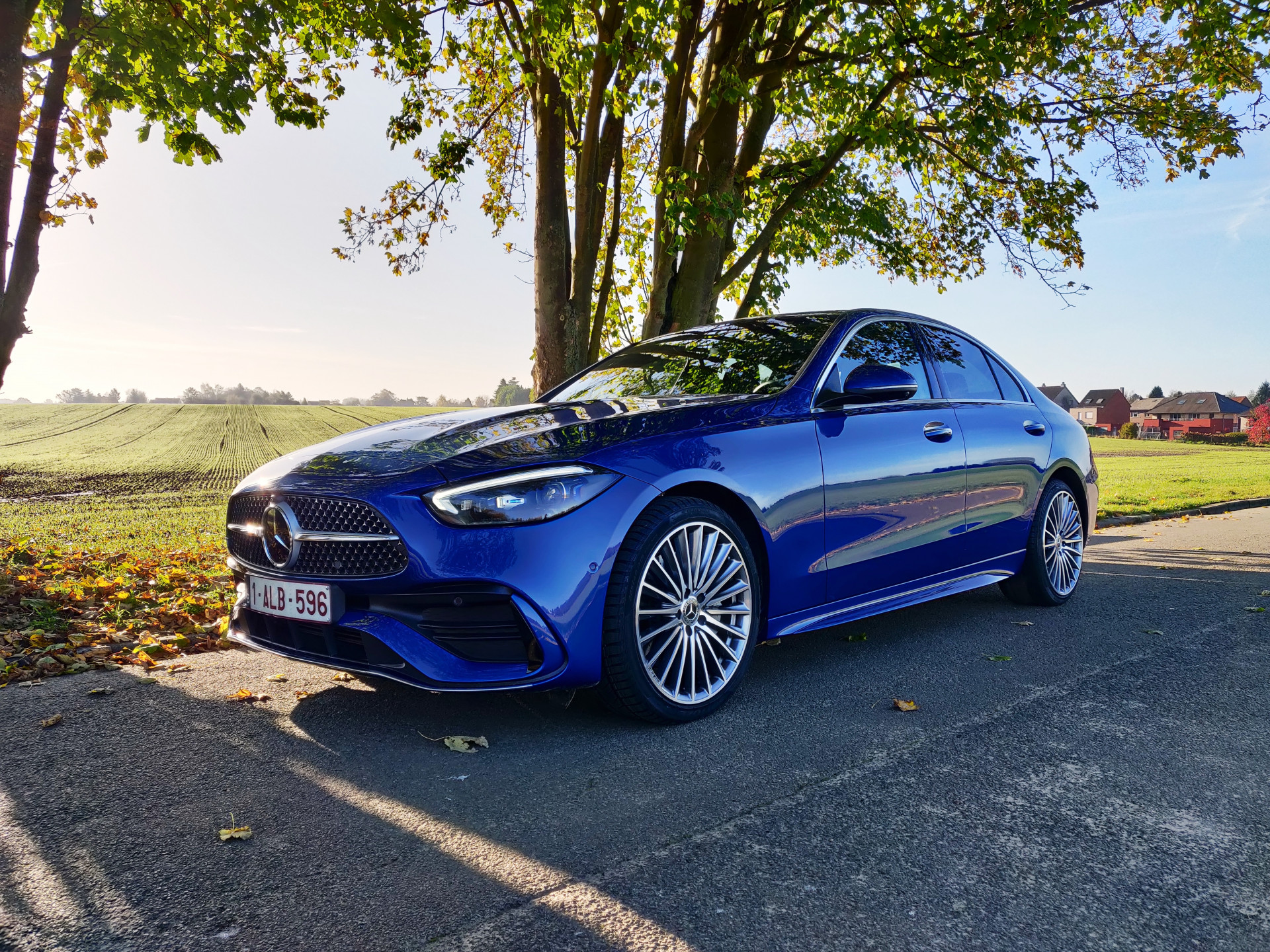 As an entrance ticket to all the luxury, opulence, comfort and top technology typical of the current Mercedes C-Class, this C 180 will suffice… provided you have a calm right foot, otherwise it will lose a lot of its charm. And he doesn’t break economy records under any circumstances. It may be cursing in the church today, but something tells us that the not so much more expensive basic diesel – the C 200 d with 163 hp and 380 Nm – due to its greater flexibility, fits much better with the large and heavy C-Class.

Also watch our video about the Mercedes C-Class

Scoop: This is what Lamborghini plans to do with the Huracán

Ricciardo: “Grade 7 to my second half of the season” | Ruetir