“Another planet” is the new single by Pietro Gandetto

“Another Planet is a song about love, but love here is also an excuse to talk about other issues that are very close to my heart, such as climate change and global warming” 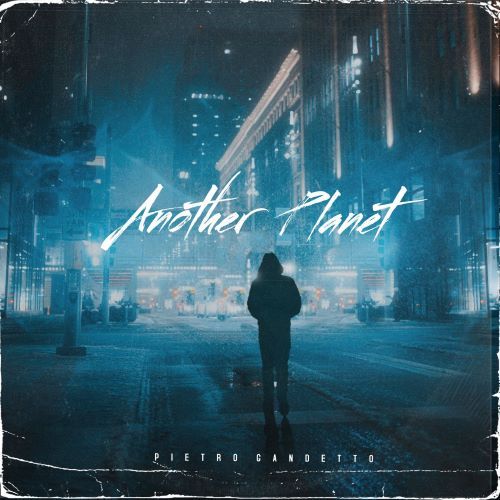 The new single by Pietro Gandetto by title Another planet, a piece that anticipates the release of a record that will see the light in December. The singer-songwriter, originally from Alessandria but Milanese by adoption, gives us a song with an international sound where love is also a pretext to tackle topical issues that concern us all: global warming and climate change. A song that inspires positivity and change in a combination of vintage 80s sounds, with an almost dance flavor, and more minimalist and evocative contemporary sounds, in a successful synthesis between played instruments and electronic lines. A journey into an ideal future, in which the “other planet” becomes the refuge of a love story, which on earth is questioned by the uncertain future of the planet.

“Another planet” is your new single, what is it about?

Another planet is a photograph of the present, it talks about a love story, two people who are not together, but have a strong bond and also talks about climate change. I intertwine the stories: I wanted to tackle this theme from a different angle, I didn’t want to make a song of “aggressive” denunciation. For a while I have been hearing the so-called “climate anxiety”, that is, that mix of negative emotions linked to the condition of our planet due to human pollution. Then I started reading books on the subject, such as Mancuso’s La Nazione delle Piante, which opened up a world to me. Then one morning I was in Ibiza at the airport, with the nostalgia of returning (as always happens in Ibiza) and I thought about how fundamental nature is for our psychophysical well-being and this song was born. I wanted to deal with the theme with a cheerful and energetic piece like Another Planet and I went in search of a sound that recalled the 80s where there was economic and social well-being and this was also reflected in the music, but I tried to modernize the sounds to make them consistent with the present. I did not want to associate an apocalyptic message, because I believe that with the situation of climate change it could have a happy solution. Thus the song was born.

With this piece I want to convey the attention that must be given to environmental issues. We often take everything for granted, and the Earth is telling us, quite simply, that it doesn’t want us anymore. Think that plants have been on Earth for millions of years and have overcome the largest mass extinctions such as that of dinosaurs, while humans have only lived on the planet a few hundred thousand years and are already causing the largest mass extinction , that is his. Think that plants have intelligence, they move, so this claim of man to be the superior species is completely unfounded. More simply I would like to go to the sea and still see the coral reef without finding the plastic bags attached to my feet, I would like that in the city you could smell the air as in the countryside or in the mountains, I would like us to realize that the planet does not it is a heritage to be consumed, a system to live with

The broadest and warmest possible of course 🙂 every singer hopes that their music will reach the largest number of people and I hope that this song flies and reaches people, I hope it will entertain and excite as it excites and entertains me !!

How did you get into music?

As a kid while the others were playing football I played Beethoven and it seemed to me the most normal thing in the world. I started singing at 6 in the children’s choir, and playing the piano at 8. Music has always been listened to in my house, but I have not been forced. I am a very normal person who becomes someone else with music. It has always been like this, music for me is a need and the leitmotif of my life. Music has always saved me. From bad times, from bad company, from paranoia that sooner or later we all meet. I also went through years of musical “darkness” in the sense that I did things that didn’t represent me and then I stopped for a while, it was perhaps a period in which I took myself too seriously. I don’t know, the conservatory, the opera, stuff like that (studying is always essential, of course), but I was very shy, probably because I wasn’t “in mine”. Then the turning point, at a certain point “I discovered” that I have a voice. On the stage of The Voice Renga opened my eyes to the potential of my voice. And from there I started writing my own stuff, first the lyrics, then the music too. And now I’m here (which is also the title of one of my songs).

Stepan the cat was awarded one of the most popular influencers in the world: “Help Ukrainian children”

Metropolitan green, for the 67 municipalities of the Genoese metropolitan city about 300,000 trees are planted

David Tennant returns as the tenth Doctor Who

Genoa airport, service car falls into the sea in the night: a worker at the airport dies. The hypothesis of an illness

Pegli, 25, dies crushed by a car in a garage