“Freddie Mercury. The show must go on”, the book by Paolo Borgognone

On November 24th thirty years ago Freddie Mercury left us. The journalist Paolo Borgognone, passionate about music, dedicated a book to the artist, his life and his career 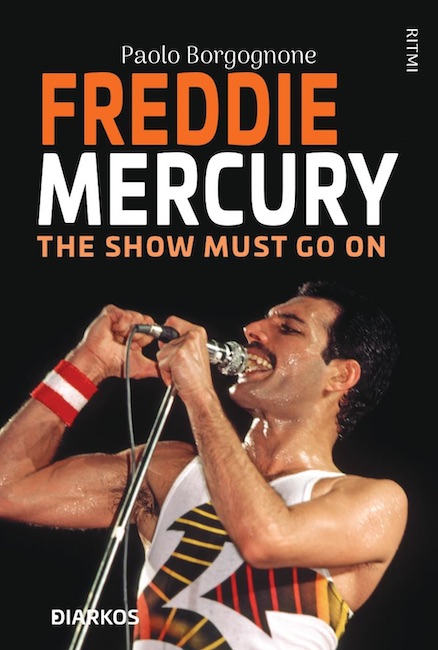 “But the memory that perhaps struck most of all is the one given to Mercury at the opening ceremony of the London 2012 Olympics. A hologram of Freddie in his confusing yellow vest appears in the center of the Olympic stadium built in a bend of the Thames. and unleashes the audience by dragging him into his vocalizations. For a moment it almost seems like he wants to take on this stage too, before Brian and Roger arrive on the bench accompanied by the captivating Jessie J – the young singer Jessica Ellen Cornish, of Seven Kings – in a flesh-colored costume that Mercury would have appreciated and worn almost as casually. Witness once again to Queen’s immortal rock. Seven minutes of show worthy of the greatest band in the world that the BBC presenter sums up in two words “Sensational stuff”. More than one then – and even later – got a lump in the throat.
The show must go on.

A life spent under the banner of change, of the continuous search for the new, the unexpected, the surprising. Inside and outside of oneself. It is the summary of the short and overwhelming existential parable of Farrokh Bulsara, aka Freddie Mercury. From the meeting in 1970 with a couple of musicians in search of glory – the guitarist Brian May and the drummer Roger Taylor – will be born a group destined to climb the charts and revolutionize the way we do, see and hear music forever: Queen .

Equipped with a stage presence unique in the world and an equally singular voice and capable of achieving an unusual extension, Freddie Mercury dominated the stages first in the UK and then internationally. His life on and off the stage was broken by AIDS in November 1991. The music of Mercury and his group did not disappear with him and even today the figure of the Queen singer is recognized as one of the most influential in the world. entire musical landscape.

FACTSHEET OF THE BOOK

Creating a world in music that everyone can call their own is what the greats do: making it immortal is what legends do.
Dal libro “Freddie Mercury. The show must go on”
by Paolo Borgognone

Cremonini on tour, tonight the grand finale in Imola

Accident between West Genoa and Bolzaneto: a section of motorway blocked, serious motorcyclist

From the DNA of the ancient wolves, clues to the origin of the dogs come

Samuel Peron: the joy after the tragedy

The nice gesture of Grifo: he falls in the area and admits that he has not suffered a penalty foul