Verstappen could become world champion by driving Hamilton off the track 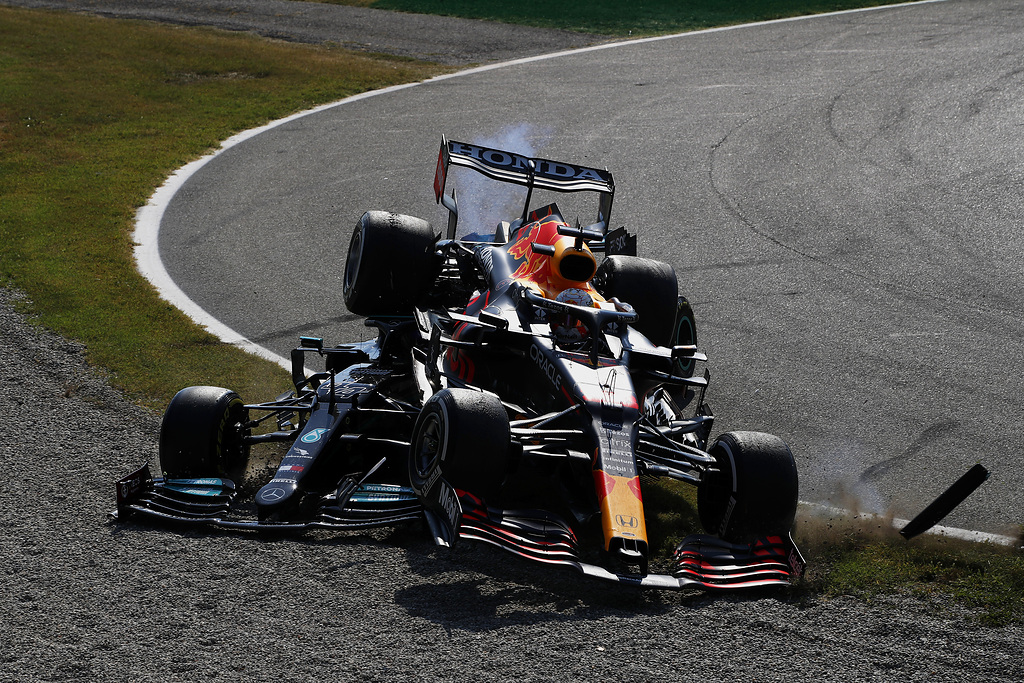 Did you also notice that Max Verstappen was extremely relaxed yesterday? He even joked about the on-board radio while his biggest competitor took the win. And rightly so, because despite his grid penalty he achieved an excellent result and took the fastest lap of the race. Or will it be because Max knows something about the upcoming races; Is Honda pulling anything out of the hat for its last two races in F1?

Anyway, Max Verstappen is currently in first place in the world championship with 351.5 points. Hamilton is right behind him with 343.5 points. That’s eight points difference. With a first place in the race drivers earn 25 points and with a second place 18 points. These are a few scenarios of how Max Verstappen can become world champion – and how not.

It is possible. The Dutchman has to score 18 points more than Hamilton in the coming race. If Verstappen finishes first or second in the upcoming race and Hamilton retires, for example with a blowout, Max will take the title next weekend. Statistically, the probability is not very high. Hamilton has only retired once this season. That was in Italy when he crashed with Max. If Hamilton is seventh and Verstappen first, then it is over.

Max is second in Saudi Arabia

If Hamilton takes first place in the upcoming race, he will be on 368.5 points. Verstappen is then one point ahead with 369.5 points. If Hamilton also takes the fastest lap, then the two are tied in the championship. Max still has to beat Hamilton in Abu Dhabi to become world champion.

A crash decides the championship

If Max is second in the coming race and Hamilton does not have the fastest lap, that opens the door for a historic scenario. At the 1990 Japanese GP, Senna topped the points list. If he and his opponent Prost didn’t finish, Senna would win. Already in the first corner, Senna knocked himself and Prost off the track and so he won the championship.

“If it came to the scenario of the last race in Abu Dhabi and they were racing against each other for the title, whoever is in the front is definitely going to try to do the same as in the Senna-Prost years,” Toto Wolff even told the Daily Mail.

Justice in the hands of ‘ordinary people’ is also an opportunity

Australia: no large numbers of victims in Tonga after volcanic eruption

Australia: no large numbers of victims in Tonga due to earthquake

Ferrari introduces a LaFerrari without hybrid technology. This is the Daytona SP3