The interesting story of the BMW Garmisch, which was newly built in 2019 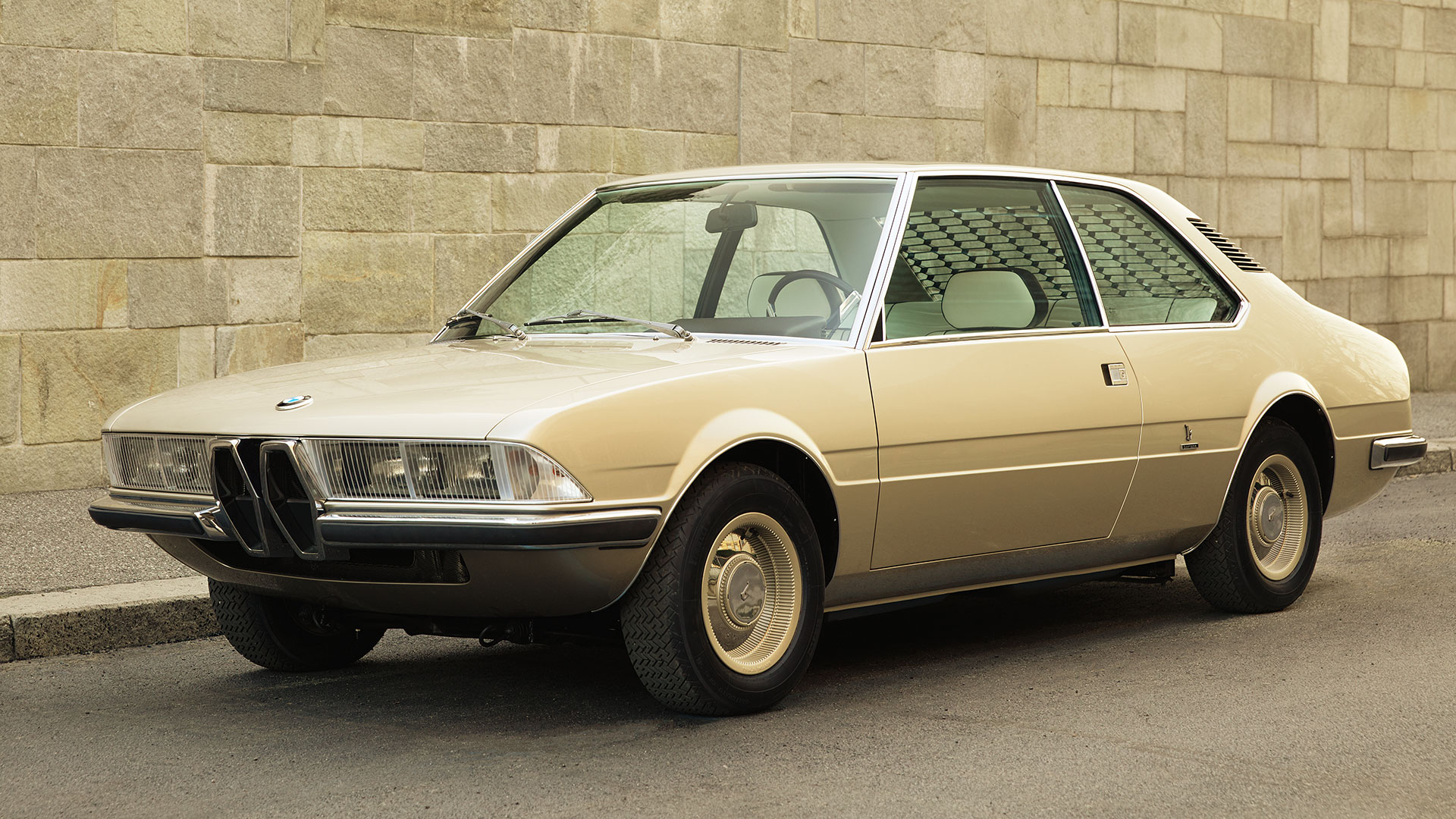 Take a good look at this BMW Garmisch. How old do you think he is? The BMW Garmisch was already at Villa d’Este two years ago, when it was brand new. This is the story of how an old study model came back to life. The Garmisch is not a stunner, not a racer, not startling, but somehow it excites us. And that he is with Adrian van Hooydonk, BMW’s design boss as well. And because of him, that Garmisch is now in their museum in Munich.

How it used to be

In the 60s and 70s it was very common for independent design agencies to build a concept model for a brand without being asked to show it to the relevant brand and at car shows. On the one hand to show their skills, on the other as promotion to recruit new assignments. Particularly in those years, ravishing and completely unrealistic models were often shown, often made of clay and harder materials that were easy to work with, including an interior, sometimes with an engine and all.

The story of the Garmisch’s reincarnation begins with the curiosity of Adrian van Hooydonk, Director of Design at the BMW Group. Years ago he came across a vague photo of a BMW model unknown to him in light gold against a background of a beige stone wall – and that image stuck in his head. ‘The car certainly looked like a model from the past, but it was something surprisingly modern,’ says Van Hooydonk.

The BMW Garmisch is from Bertone

After a lot of research, Van Hooydonk found out that it was a prototype by design studio Bertone from Turin and that the model had been shown to the public at the 1970 Geneva Motor Show. But then, as often happened, the model disappeared from the face of the earth.

The Garmisch turned out to be a design by Marcello Gandini, then design director at Bertone, and known for nothing less than the Lamborghini Miura and Countach. Van Hooydonk: ‘For me, Gandini is one of the grand masters of car design. The cars he designed fascinated me from childhood and sparked my interest in car design. The BMW Garmisch very clearly reflects Bertone’s design language of the time, and Gandini’s take on BMW at the time. So I got the idea to revive the Garmisch, as a tribute to Gandini and to complement BMW’s model history.”

Time to go for a coffee

In the summer of 2018, Van Hooydonk visits Gandini at home, to ask him for permission for the reincarnation and to ask for his cooperation. Gandini, now in his 80s, thought it was a strange idea, but actually very nice. He says: ‘We wanted to keep the ties with BMW warm and decided at the time to make a modern mid-range coupé that matched BMW’s design language, but a bit more futuristic and also a bit provocative.’

A BMW 2002 tii was used as the basis, but with different proportions of the body, and in four months Gandini’s team created the Garmisch. The well-known kidney grille took on a more distinctive shape, flanked by square headlights behind a glass screen. Louvers were added to the C-pillar and the rear window was given an extra layer of honeycomb motif – a design element often used by Gandini. “They wanted to see how far they could go with such a BMW concept, and from a business perspective this was also necessary for Bertone to get BMW’s attention,” says Van Hooydonk about the design.

The BMW Garmisch had an interior

In the rush to finish a concept for a show, the interior often snowed a bit, but with the Garmisch Gandini still found time to shine his light on that too. This resulted in, among other things, a vertically placed radio, a folding make-up mirror that emerges from the glove compartment and a color scheme that evokes a pleasant atmosphere when you compare it with the more conventional, more functional interiors of the time.

‘Skiing was very popular at that time, in Italy. It was trendy to do, it appealed to elegance and sportiness, and the Garmisch ski area is close to Munich [waar BMW zetelt, red.], so that’s why we chose that name,” Gandini says.

The car was built in Turin

Back in Munich, Van Hooydonk gets to work with old, remaining drawings. These were rebuilt three-dimensionally on computers from which a full-size scale model could be constructed. Gandini helped to fill in the missing links in the design, which were certainly there, after which, again in Turin, specialized coachbuilders could build the completely new model. The model was ready in 2019, complete with interior and engine, working and all. It was shown at the Concours d’Eleganze Villa d’Este and has been on display in BMW’s museum ever since.

Verstappen punished? The controversial review of the bullshit in Interlagos