Carlo Audino, the new single “Autostop” is released: the interview

“A car that runs fast, a hitchhiking, a beautiful girl on board, a cat that runs away, a party and a truck. But will all this be real or not? “ 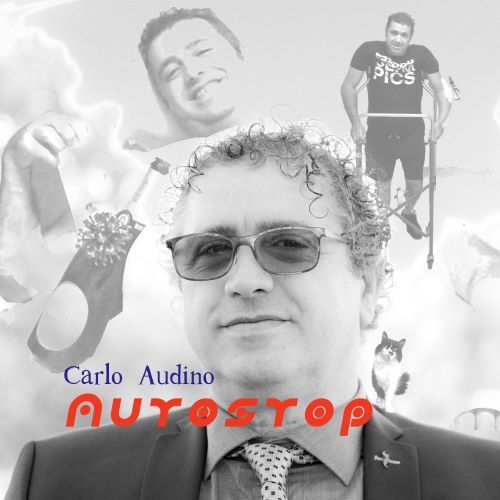 There are moments in life when you realize how precious and unique it is and usually this happens when you struggle not to die. Carlo Audino lived this experience in November 2012 due to a motorcycle accident. Awake from a coma and on morphine, his mind flew. Periodically, among the various fantasies, an angel dressed in green appeared who took care of the author and did not make him feel pain. “Autostop”Takes shape precisely from these fantasies, such as giving a lift to a beautiful girl who asks for it or the accident with the truck. They are mere illusions of the same guy who, lying on the bed with wires, drains, catheters and infusions of all kinds, dreams of waiting for his fantastic girlfriend in the house to go dancing and show off the most beautiful dress. The photos on the cover are original and portray Carlo Audino with sparkling wine on New Year’s Eve 2013 and at the end of his first steps with the walker a few months later.

“Autostop” is your new single, what is it about?

In 2012 I suffered a very serious road accident with my motorcycle and this led me to a coma and a subsequent hospitalization of almost a year. I remember that the first months I was stuffed with painkillers and in particular, although I was absolutely still on the bed, with my mind I had a very active life that saw me leave the hospital and wander around the city. In particular I remember that one day I gave a lift to a beautiful girl. That day I was a centaur, except that instead of half man and half horse I was half man and half motorbike (of those with American three wheels). As soon as the girl got on I found myself driving a powerful car with her by my side and the sunrise before my eyes. In the dream I found myself dreaming of an accident. Then, as in every dream, even if I lived it and I still remember it as a truly lived experience, I found myself in a totally different situation and in a different era: I was under the house of the mysterious and beautiful hitchhiker who by now, lost in love, did couple with me. Just as I was waiting for her under the house to go to a party, these fantasies thinned out as around my body, in reality, a nurse in a green coat was treating my wounds and renewing the various infusions. Then the journey of my mind began again, but this is contained in other songs.

This passage wants to convey an appeal: even the most inanimate person on a bed is most likely actively living in the brain. In his imaginations, elements of the surrounding real world take over, like when my eleven-year-old son whispered to me that he loved me and I, who at that moment was hanging from a helicopter inside a tire, woke up from a coma and saw him that, crying, she turned to her mother and said “Mom, mom, look: dad has woken up!”. And to me: “Come on dad, nothing happened, come on!”. This is to say that the things we say to a person in a coma or apparently inanimate on a bed are probably received and interpreted. The song has a tight rhythm that in an onomatopoeic way recalls the rhythm of the breath of the one who runs or the heart rhythm. His lyrics are created as if to deceive the distracted listener who, at the end of the song, has only perceived the feeling of happiness of this man who is engaged to a girl known for giving her a lift. Here and the very colorful hues appear like the yellow of the rising sun and the green of the dress for the party. The obsessive rhythm never gives up and with the passing of time all the subjects find themselves: the car that runs, the wind that presses the asphalt, the love that is born, the sun that rises, the kisses on the forehead, the unfolding of eyes, the concentric circles in the water, the cat that runs away and the truck that devours the road. In the final verse the same rhythm seems to be transfigured into the sound of the hi-fi of the car on the street waiting for the girl. And so the rhythm mirrors his happy heartbeat, then her fast footsteps and, upon impact with the morphine, the rhythm becomes that of the beginning of the piece. Even the final chorus reflects the faded phrasing of the aching who raves under the first effects of morphine: who are you? Beautiful, aho! You make me feel… an… ge… lo.

There is also a video, how is it characterized?

I initially thought of representing the elements that characterize life in the video. I had already made arrangements with a nurse to shoot in a hospital to be included at the end, but too many setbacks have changed my choices. So in a late afternoon I blocked my sister Alessandra to have her shoot first on the terrace with the scarf, then with our cats and finally in the wardrobe, having already bought a nurse’s uniform “in the worst case scenario”. In the previous days I had also tried to get the band together to do some shots all together but even in this case they were all unavailable at the moment as they were engaged in other projects. Hence the idea of ​​shooting myself on drums, bass, keyboards and, of course, guitar and singing. Helped by my Co-co-co art-director Sabrina Seaside, I twisted the initial script of the video clip and finished the editing and rendering in a fluid and satisfying way.

How did you approach the world of music?

In my family there has always been a lot of music: I remember that every birthday or party was the perfect occasion to be all together to eat, play and sing! My uncle played the accordion and my father the guitar. It was therefore inevitable that we, children and various grandchildren, would be infected by the artistic vein. In 1979, a fifteen-year-old boy, I decided to take up my father’s guitar that was hanging by the strap on two nails in the dining room and, thanks to the first rudiments provided by my “boss”, I started playing it and it opened up a highway of possibilities and opportunities that have helped me both in my shy adolescence and in my later life up to the present day. In particular, two bands were born from the oratorio in the 80s and I was the guitarist-singer in both. While with one we have come a long way locally, the other had drug-related problems (very common in the 1980s) and so I lost two items to an overdose and a third subsequently detoxified. I did not fall for it (by pure luck) and I continued my artistic path, as well as of life. The first performance with one of my songs was on the occasion of the “blood donor party” where I presented the song “The blood man” for the first time. Also around that time I auditioned at RCA with “Lady Laura”. A few years later I participated in a flood of competitions including Castrocaro (unfortunately I arrived without sound in the semifinals!), The Sanremo Song Academy (together with the unknown Tiziano Ferro we were discarded in the semifinals for two consecutive years) and other festivals (one won with “Mago Merlino” and others, often reaching the final). In the meantime I got married, had a child, then divorced and constantly wrote songs that performed a snapshot of my life at the time. I have always continued to play piano both alone and with the band of the moment. In 2012 due to the motorcycle accident I had to reinvent myself as a guitarist, having in the meantime moved to the UK (Kent). I played them in clubs in London and the southern suburbs and finally, in 2020, I returned to Italy due to the pandemic. From February of this year I decided to publish all my songs, both old and new, arranging them at LR Studio in Lariano (RM) together with my longtime friend Riccardo Taddei (piano, keyboards and fisa) and with the rest of my new band, Simone Ceracchi (bass) and Luca Fareri (drums).

Hamilton: "Best time? I missed it." Verstappen: "The Sprint Race doesn't interest me"