Trieste, 300 hold the whole port hostage. At risk 400 million of the NRP

“I workers of the port of Trieste registered in the coordination of port workers of Trieste? About 300 out of 1,400 total works. People need to be able to go to work and there is a broader theme that looks at that healthy relationship between all the employees of the port and the president of the Port Authority understood as a team that must continue to work and the economy of an entire city and of Friuli Venezia Giulia Region“. Word of Michele Piga, provincial secretary of the CGIL from Trieste who interviewed by Affaritaliani.it describes the situation of the Julian port a few hours after the Draghi government decree on the obligation of Green Pass. 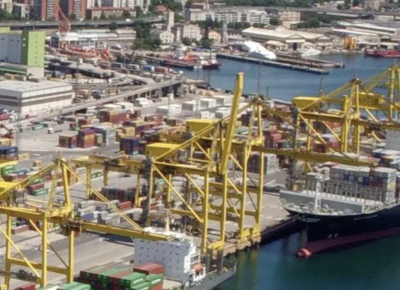 The coordination of port workers of Trieste (CLPT) pulls straight on the all-out strike against the Green Pass. How do you assess the situation a few hours after the Draghi government decree on the obligation of the green certification?
“It is a complicated situation. On the port, all the tensions that have existed in the area for a long time have been discarded, because among the active population 65-68% have joined the vaccination campaign. In Trieste there are about 100 thousand workers and 32 thousand approximately, therefore, which do not have the Green Pass vaccinal. Therefore, 100,000 tampons a week are needed for the needs of the entire territory. Quantity that is not available. CGIL, CISL and UIL have raised the problem for quite some time, with respect to the collectability of the decree Green Pass, but no one seems to have noticed the theme “. 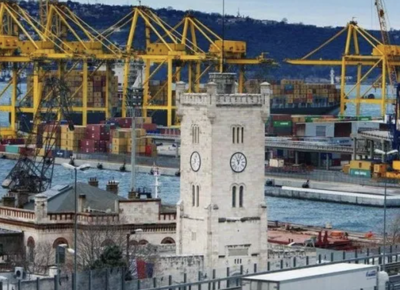 This is the context in which the bomb of one of the most important Italian ports exploded, which every day moves about 2,000 container, 700 trucks and 30 trains …
“The workers of the port, who have always shown a strong cohesion with respect to the trade union problems of the Green Pass, attracted the Trieste demonstrators who were against the introduction of the certificate. On Friday, in fact, the fourth manifestation of the No Green Pass, events that registered the presence of over 10 thousand participants for the first two times. 15 thousand subscriptions in the last. From a trade union point of view, however, the answer was there “.

What is that?
“The workers asked for both the swab for free whether it is guaranteed within the port. There was an answer. The CGIL, therefore, believes that at this point the reasons for the strike no longer exist and asks for the right to work to be guaranteed, because there are people who obviously want to go to work, as well as for the right to strike to be respected. “. 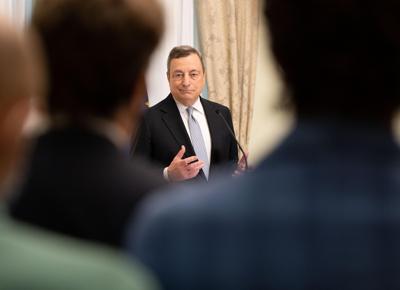 Within the majority of port workers who want to go to work, however, there is a minority, the coordination of port workers of Trieste (CLPT), which has taken a strong position and has called into question Palazzo Chigi. How is it possible for an entire port to become blocked?
“On Friday, a strike and a demonstration of thousands of people together will prevent access to the port gates. But it is a day that will not be valid. Today the Clpt has already changed its position: it has made it known that in the event of an extension of the entry into force of the decree Green Pass by the government, the blockade of the port to the bitter end would have been lifted “.

How many workers are there enrolled in the CLPT?
“It will be about 300”. 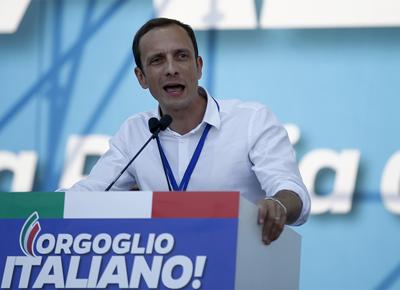 The president of the Fvg Region Massimiliano Fedriga

And the total workers employed in the port of Trieste?
“About 1,400. But Friday (tomorrow, ed) the reasons for the strike will be settled with the adhesions with respect to a movement “.

The reasons of a few therefore jeopardize the future of the port of Trieste which under the management of D’Agostino (president of the Port Authority who announced his resignation in the event of an indefinite blockade of the port) has seen an increase in traffic and stabilization employment relationships …
“Exactly. This is the theme. As CGIL we claim the right to work for workers as well as the right to strike. People must be able to go to work and there is a broader theme that looks at that healthy relationship between employees of the port and the president of the Port Authority understood as a team that must continue to work. It is absurd that the port’s activity should be stopped for five days for the request, sent from the port of Trieste to Draghi, to block entry into national force of the decree. It is an issue that affects the entire economy of the city and of the Friuli Venezia Giulia Region. Workers must be able to go to work “.

What is Trieste at risk?
“To lose traffic and credibility on investments. Dal Pnrr 400 million investments will arrive for the Julian port. It is not possible to play with fire “.

So is the epilogue of the resignation of the president of the Port Authority D’Agostino realistic?
“Absolutely yes. If there is an all-out strike, D’Agostino will leave his position. His credibility is at stake, as well as that of the port. Finally, there is a theme that concerns the territory”.

Which?
“In this situation the Region has great responsibilities: it did not realize that the territory of the province of Trieste does not have the buffers available to guarantee the enforceability of a decree. It is a serious matter. President Massimiliano Fedriga (who is also president of the State-Regions Conference, ed) was supposed to report it three weeks ago. Reporting that it has not started, because then they end up downloading the problems on a decree that we agree is done badly, but the Region had to say what was happening in the territories. Why does the Fvg not know that in Trieste, the regional capital, there are no tampons? The director of the local health company also mentioned this and CGIL, CISL and UIL have been saying it for a long time “.

Alitalia, Ita wins the brand and the site for 90 million euros

Alitalia, Ita wins the brand and the site for 90 million euros