19 years after the last time, Italy is back to win the Motocross of Nations. A historic result for the blue cross, which did not rise to the top of the world of team trials since 2002, when the Bartolini-Chiodi-Federici trio prevailed in the setting of Bellpuig, Spain. This time, however, the champions who have written the name of Italy for the third time in the register of champions are those of Mattia Guadagnini, Alessandro Lupino and obviously Tony Cairoli, which crowns in the most worthy way possible a legendary career that will end at the end of the year. A success, the Italian one, which is worth double since it was obtained at home, in the splendid setting of Mantua.

Team Italy are the 2021 Monster Energy FIM Motocross of Nations Champions! Hear what they had to say in this post-race interview with Lisa Leyland! Watch more on https://t.co/U7dWVfUBE5 #MonsterEnergyMXoN #MXoN #MXGP #Motocross pic.twitter.com/Ujxuxyxoim

Re-live the drama moment for Team Italy when Alessando Lupino crashed during the Race 3 of the MXoN here in Mantova!#MonsterEnergyMXoN #MXoN #MXGP #MXoN2021 pic.twitter.com/IJ9MocuiHe

The victory, which came by a single point of margin over the Netherlands (third placed Great Britain), remained in the balance until the end. To make it possible an overtaking of Lupino in the last 5 ‘of race three to the Latvian Sabulis. The KTM home rider was through and through hero of the final race. In fact, he crashed in the final phase of the race and also suffered a 10-position penalty for having ‘cut’ a section of the circuit by re-entering the race. A sanction that was putting back in full swing for success i Netherlands, winners of two heats out of three thanks to a wild Jeffrey Herlings. The final overtaking, however, placed Lupino in 17th position, just enough to guarantee the Italian team the highest step of the podium. 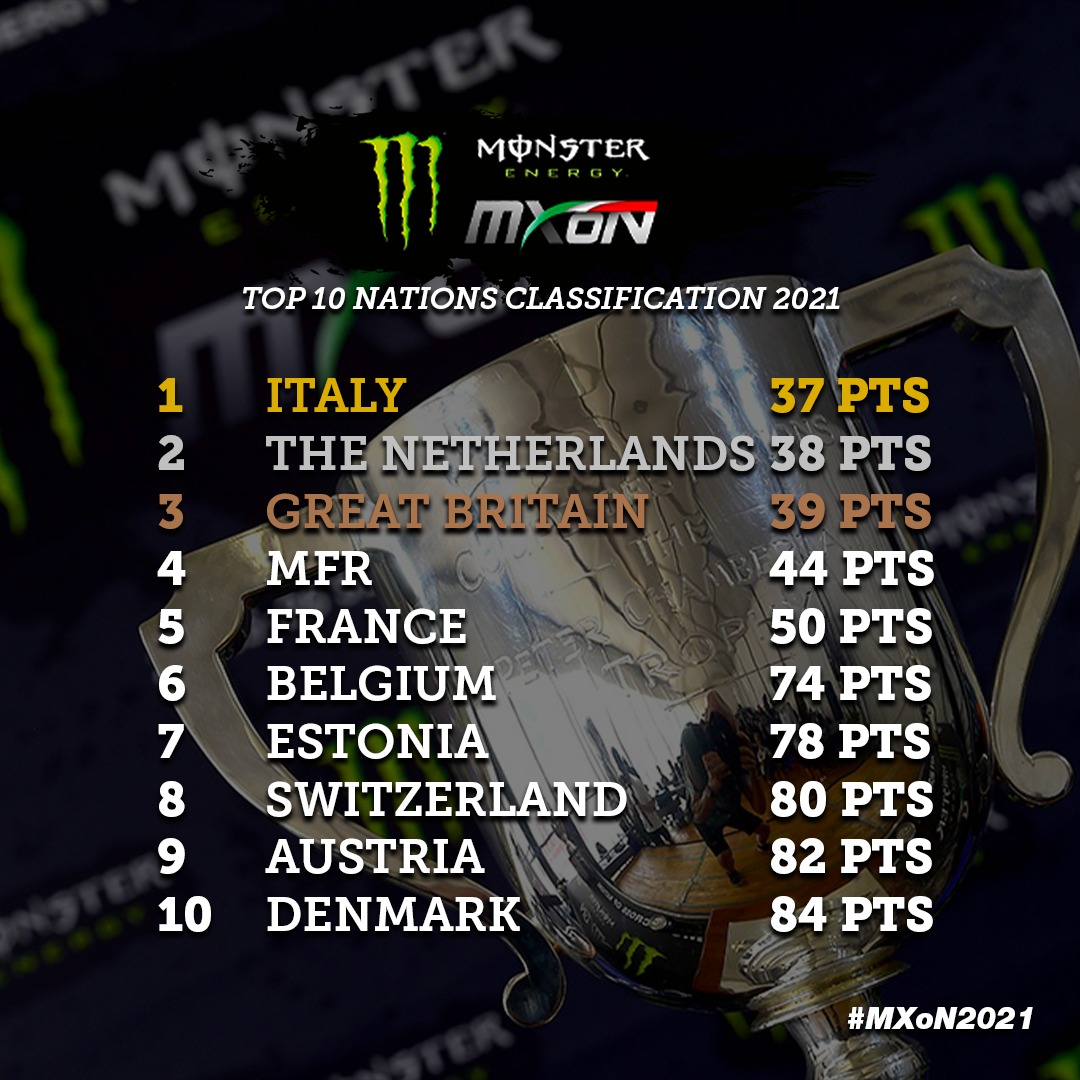 Who is Francesca Cipriani and what her boyfriend does: explosive love

EU countries are in ‘firm talk’ about Poland, stalemate remains

Australian city of Melbourne out of lockdown