After a teaser campaign from which we gradually started to see green (the teaser of the teaser is normal these days), Kawasaki finally unveils the long-awaited Z650RS.

The Z650RS happily hops into the popular segment of the Modern Classics, dragging along about 50 years of Z heritage in its wake. According to the brand itself, the Z650RS is “a modern reflection of Kawasaki’s rich history.” And look, for once we don’t get the itch from PR talk. 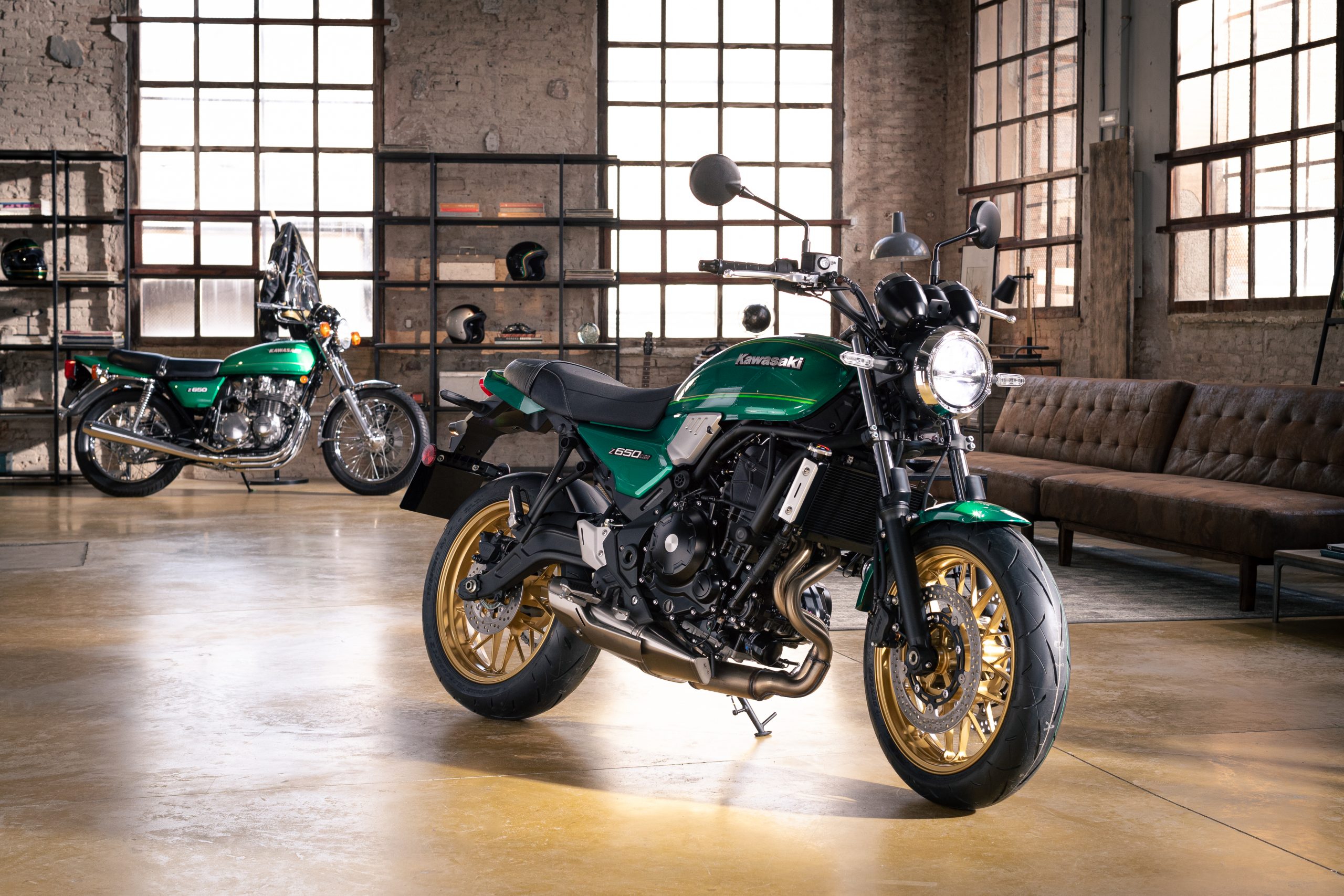 The steel trellis frame received a new subframe that slopes less steeply for the characteristic horizontal ‘ducktail’. At the front, the RS is sprung by a 41 mm conventional fork, at the rear is a horizontal backlink with adjustable preload. Compared to the Z650, the RS has a more relaxed riding position, thanks to the handlebars being 50mm higher and 30mm closer to the rider. Striking: at 820 mm, the saddle is a lot higher than the 790 mm on the Ninja and Z650. We hear a couple of smaller riders take a deep, deep sigh…

… although that can also be from being in love, because the real eye-catcher of the RS is of course the styling. The Z650-B1 was the model for the design and that is reflected in design elements such as the tank, side panels and of course the ducktail. The cockpit consists of two analog ‘artillery shell’ counters with an LCD display in between.

Of the three available colors, the Candy Emerald Green with its pin striping is closest to the original 1977 Z650. Other colors include Metallic Spark Black and Metallic Moondust Gray/Ebony. Prices will be announced later this year.

Exor and Ferrari team up with Jony Ive, iPhone dad

Kena: Bridge of Spirits opens the door to reach other platforms

Kena: Bridge of Spirits opens the door to reach other platforms