“The last will be the first”, is the aphorism. If you apply that to the Volkswagen group, the new Skoda Fabia should soon take the lead. After all, he is the last within the group to switch to the modular MQB A0 platform. Like any self-respecting Czech, he doesn’t opt ​​for revolution but for evolution, improving just about all of his traits.

You can see that improvement in the first place in the growth spurt that he has had. Clear and plain: the Fabia has grown in all directions. 111 millimeters in length, 48 millimeters in width and 94 millimeters in its wheelbase. Even the trunk has increased by 50 liters and now contains 380 liters of volume. That is as much as the current Volkswagen Golf… 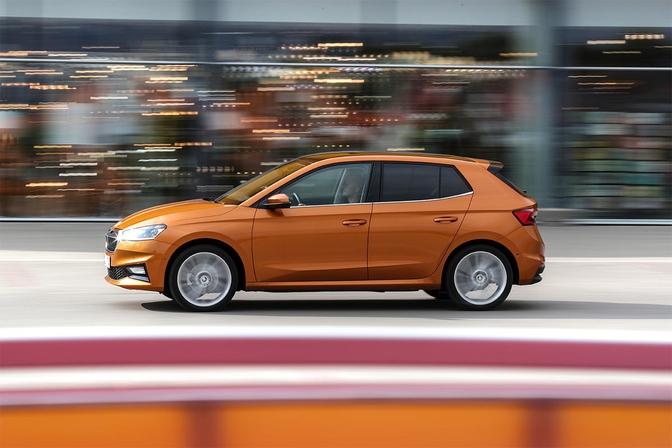 We can be honest about the design: the designers have followed the memo ‘evolution’ to the letter. So you get a new radiator grille at the front, flanked by new LED headlights with integrated light signature and a much more sculpted bonnet than before. The beltline is slightly softer on the flanks, but otherwise the differences are more difficult to point out. It’s easier at the rear: the rear lights change shape and from now on opt for a horizontal light signature. 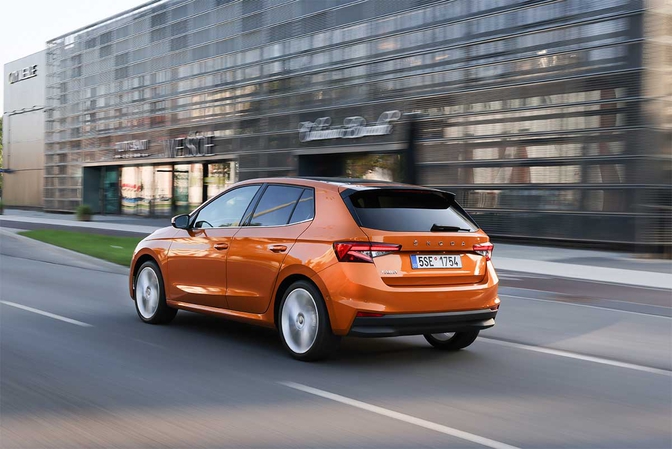 Make yourself at home

The interior looks familiar. You might even think you’ve landed in another B-segment Skoda, such as the Kamiq or Scala, because the controls and design are similar. By way of youthful enthusiasm, the Fabia writes its name on the flanks of the dashboard. Yes, it doesn’t get much crazier than that. 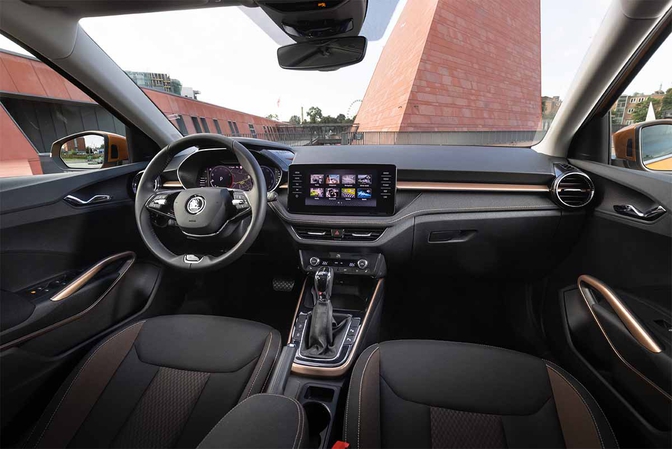 The horizontally styled dashboard is adorned with the screen of the infotainment system, which is 6.5 to 8.2 inches in size, depending on the version. The top version gets a digital instrument panel of 10.25 inches. The finish with hard plastics dominates, which is understandable at this price level, but the softer material on the dashboard is appreciated. Much better than that lidded glossy black plastic you see everywhere these days. 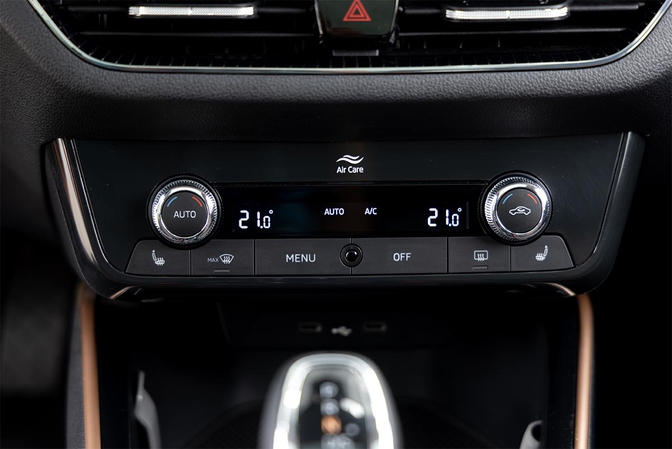 Another element that is often forgotten today is ergonomics. The Fabia doesn’t want to do everything through screens like the new Octavia, but you do need a menu and submenu to control the airflow. Apart from that misstep, the modern interior can hardly be blamed, all the more because the small Simply Clever– tricks on this new Fabia are also at the appointment. Just to name a few: a removable cup holder, smartphone holder on the front seat backs and the inevitable umbrella in the door. 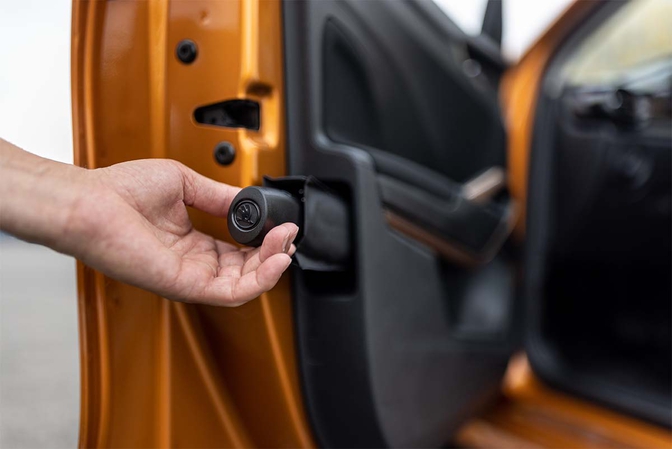 On the engine front, the new Fabia remains faithful to its new modular platform: it adopts the familiar petrol blocks and completely omits the diesel. So pops up the small 1.0-three-cylinder that produces 65 hp without turbo, and produces 80, 95 or 110 hp with turbo. For the most powerful version, Skoda has finally found a sixth gear. A rarity in the Volkswagen group, which always seems to equip its small models with five-speed gearboxes. 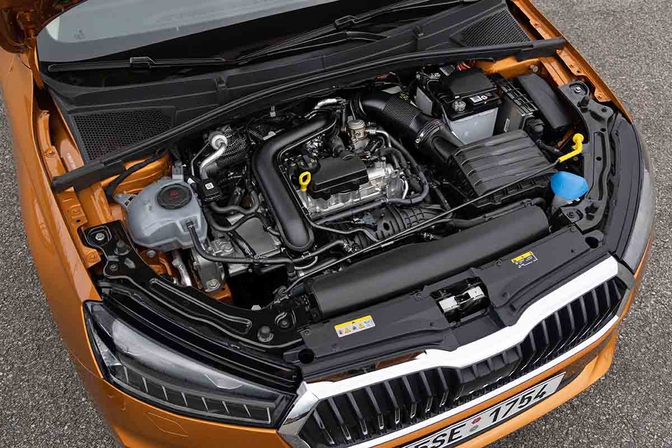 The Fabia is admittedly not equipped with mild hybrid support, unlike most of its competitors. The second petrol block is the 1.5-four-cylinder turbo, which produces 150 hp. It comes standard with the DSG dual-clutch gearbox.

On the road, the new Skoda Fabia will not break any performance or luxury records. But that’s not what you expect either. He is still firmly in his shoes, and is therefore an honest city car that combines a comfortable chassis with a precise steering wheel and healthy handling. 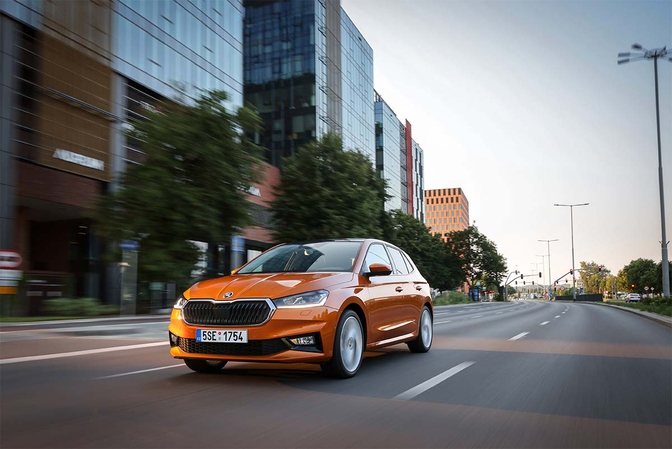 Moreover, the three-cylinder can almost compete with the new electric generation, it is so quiet. Even though he is a bit hollow at the bottom of the revs, from 2,000 rpm (110 hp) he responds smoothly and powerfully. For consumption, Skoda has not yet released official figures, but the thirst of the small three-cylinder should be limited to 5.0 l/100 km. Just like the WLTP figures, the prices also remain secret at the moment. But if you base yourself on its Spanish brother, the Seat Ibiza, you can count on a starting price of about 16,000 euros. 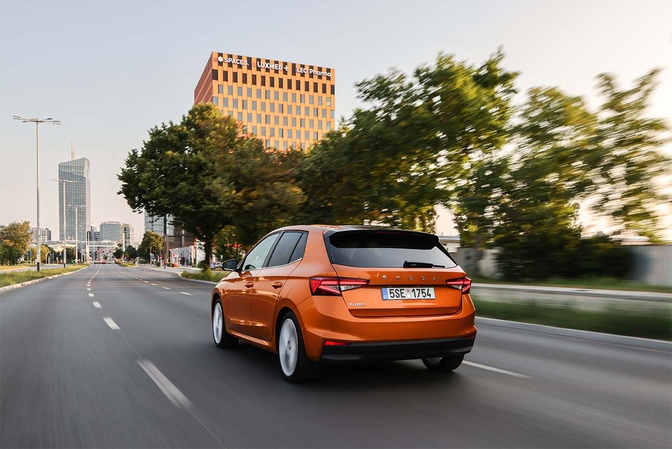 The smallest Skoda since the disappearance of the Citigo hits another homerun at the B-segmenters. It’s bigger, more comfortable and more fuel-efficient, and will no doubt put its competitors to the test. Also those of Wolfsburg and Martorell…

Six million Italians with thyroid disorders, Consulcesi teaches how to fight them at the table

“Valentino Rossi? They all copied it”

OM: 15-year-old boy pushed the fatal victim in front of the tram in The Hague

The shortest route in the city is not the easiest