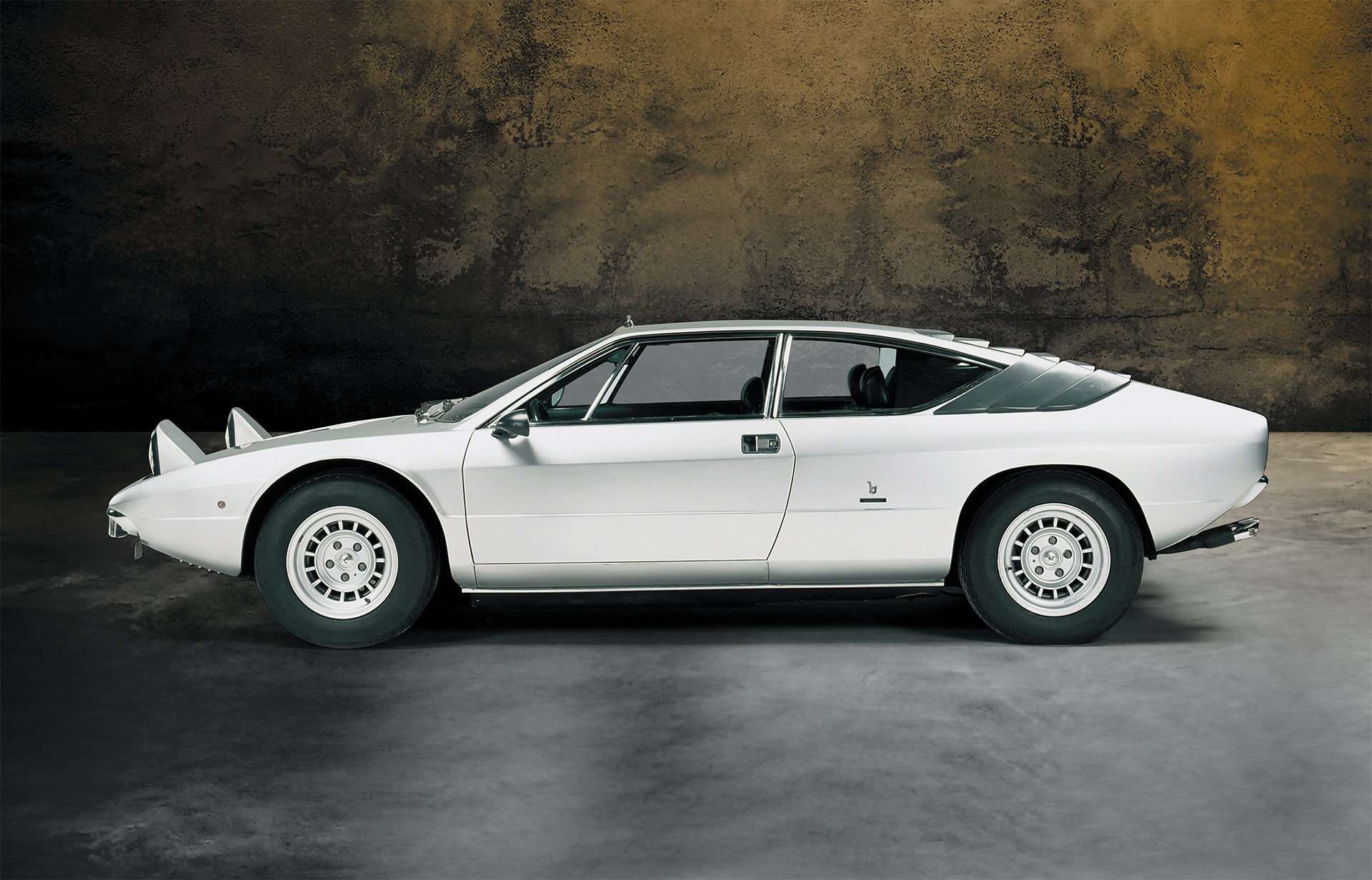 In 1971 Ferruccio Lamborghini’s companies were in dire straits. In 1972 he was even forced to sell his tractor company, and 51 percent of the shares in his car company. These perils were not very visible to the consumer. Because Lamborghini just kept working on new models, such as with the Lamborghini Urraco.

The success of the Porsche 911, the Ferrari Dino and the Maserati Merak did not go unnoticed. Lamborghini also thought it could enter that part of the market with an entry-level Lambo. Smaller, but for four people. Lighter too, with a less heavy engine and above all more suitable for producing in larger numbers. As early as 1970, the brand presented a prototype at the Turin Motor Show after Bertone made two study models. Ferruccio didn’t like it at all and a third study model was developed, but now signed by Gandini. Incidentally, that copy was later converted into the ‘Bob’ by Bob Wallace. And was in the tradition of Wallace a lightweight racer with more power.

New V8 for the Lamborghini Urraco

The V8 was developed entirely by Lamborghini, led by Gian Paolo Dallara. And with that, the Urraco was actually the first Lamborghini to which everything was completely new since the 350 GT. The plan was to sell about 2,000, but that was not achieved. The P250 was the first to hit the market, with a 2.5-liter V8 and 220 hp. A P111 version was also made especially for the American market, which complied with the regulations there. With thicker bumpers, 40 hp less and a top speed of 225 km/h. This was followed by the P200, which was specifically intended for the Italian market to comply with the tax rules applicable there. It got a 2.0-liter V8 with 180 hp. There was also a thick version under the name P300 with 3.0-liter V8, good for 250 hp.

Nowadays you can buy an Urraco for prices from 80,000 euros, rising to one and a half tons for sleek copies with few kilometers. Which also makes this Lambo classic, just like the Espada, a little easier to get hold of than others.

The Urraco was a reasonable success, despite the financial malaise at Lamborghini. Yet it was soon overshadowed by a new car from the brand – one of the most iconic cars ever.

What does Urraco mean?

We stick with the bulls, because the Urraco is a small bull from the Miura tribe. Which was quite appropriate for this car, as it was an entry-level Lamborghini with a V8 instead of the usual V12.

The influence of the fans is key: this is how Boca did in La Bombonera without its audience