“Love For Sale”, out the single by Lady Gaga and Tony Bennett [VIDEO] 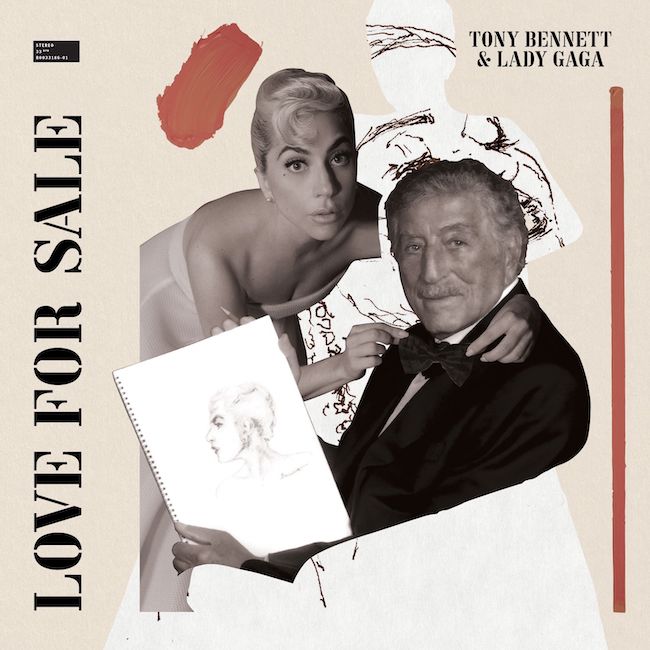 Tony Bennett & Lady Gaga’s new single, “Love For Sale”, is released today, the title track to their second and last album together to be released on October 1st via Columbia Records / Interscope Records, a tribute to Cole Porter’s songs. The new song follows the single “I Get A Kick Out Of You” (https://tonygaga.lnk.to/IGetAKickOutOfYou), Porter’s cover taken from the 1934 musical “Anything Goes”.

The album “Love For Sale” will be the last record of Bennett’s career and will celebrate 10 years of collaborations between Bennett and Gaga.

“Love For Sale” will be available in standard, deluxe, vinyl and a collector’s box set and is already available for pre-order (https://tonygaga.lnk.to/LoveForSale).

The “Love for Sale” videoclip will have its premiere tonight on the MTV channel at 6.00 pm (Italian time) and can be watched in streaming below.

With the single comes the news of three television specials that will air this fall: the first is titled “One Last Time: An Evening with Tony Bennett & Lady Gaga”, which will be broadcast Sunday 28 November on CBS. The special, lasting over 1 hour, will condense the recordings of the two legendary concerts that the duo held in August at Radio City Music Hall in New York, during Tony’s 95th birthday. These are the latest public performances of the great American crooner. The show will be available in streaming on the Paramount + platform, following airing on CBS.

This will be followed by the special “MTV: Unplugged: Tony Bennett & Lady Gaga”, which the couple recorded in an intimate studio also in New York City and will soon air on the network. The third project, “The Lady and the Legend”, will be available exclusively on Paramount + and will be a documentary able to investigate with an intimate gaze the beautiful musical friendship that binds Tony and Gaga, capable of transcending generations.

“Love For Sale” is the title of the new collaborative album that sees Tony Bennett and Lady Gaga reunite after the 2014 success of “Cheek to cheek”. The album will be released on October 1st and will be a tribute to Cole Porter with duets and solo interpretations by both artists.

This is the complete tracklist of “Love For Sale”:

5 – I Concentrate On You

9 – Just One of Those Things

The idea of ​​publishing “LOVE FOR SALE” was already in the air when the two artists released the first collaborative album “Cheek to Cheek”, a record released in 2014 that debuted in 1st place in the Billobard chart and won the 2015 Grammy for the “Best Pop Traditional Vocal Album” category.

Recorded at Electric Lady Studios in New York City, the disc features a mix of jazz tracks recorded with both orchestral arrangements and a jazz ensemble.

Sara Croce: but the costume is there? the question many ask!

Mel Gibson, the return to the small screen with “The Continental”

Alessia Marcuzzi: all about the beautiful son Tommaso

Poverty, in 2020 the first accesses to Caritas in Genoa almost doubled