In a press release that Polestar sent out this week, the brand shows its Research & Development department in the United Kingdom. Five gentlemen are apparently busy there attaching a tow rope to a half-finished car. That car is remarkably similar to a concept that Polestar presented more than a year ago: the Precept.

The model that we see in the photo seems to take over the silhouette of the concept car one on one. For example, the sloping roof and even the precise shape of the accent line at the top of the side windows leave little room for doubt. Only the rear doors are different from those of the Precept Concept, although it was to be expected that Polestar would not stick to the suicide doors of the study model. 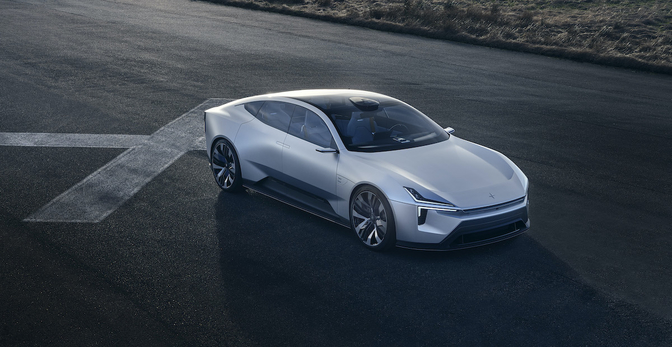 The nose of the car in the photo is almost completely missing, which gives us the chance to take a look under the hood of the Polestar. As expected, we see an electric motor there, because the Precept would be a pure electric saloon à la Tesla Model S. To continue the sustainable line, Polestar would partly build the car with materials based on, for example, flax and recycled fishing nets.

Although we see the Precept here in an R&D center in the UK, Polestar would build the car in China. In addition to the Precept, we can soon also expect the Polestar 3, an also electric SUV.