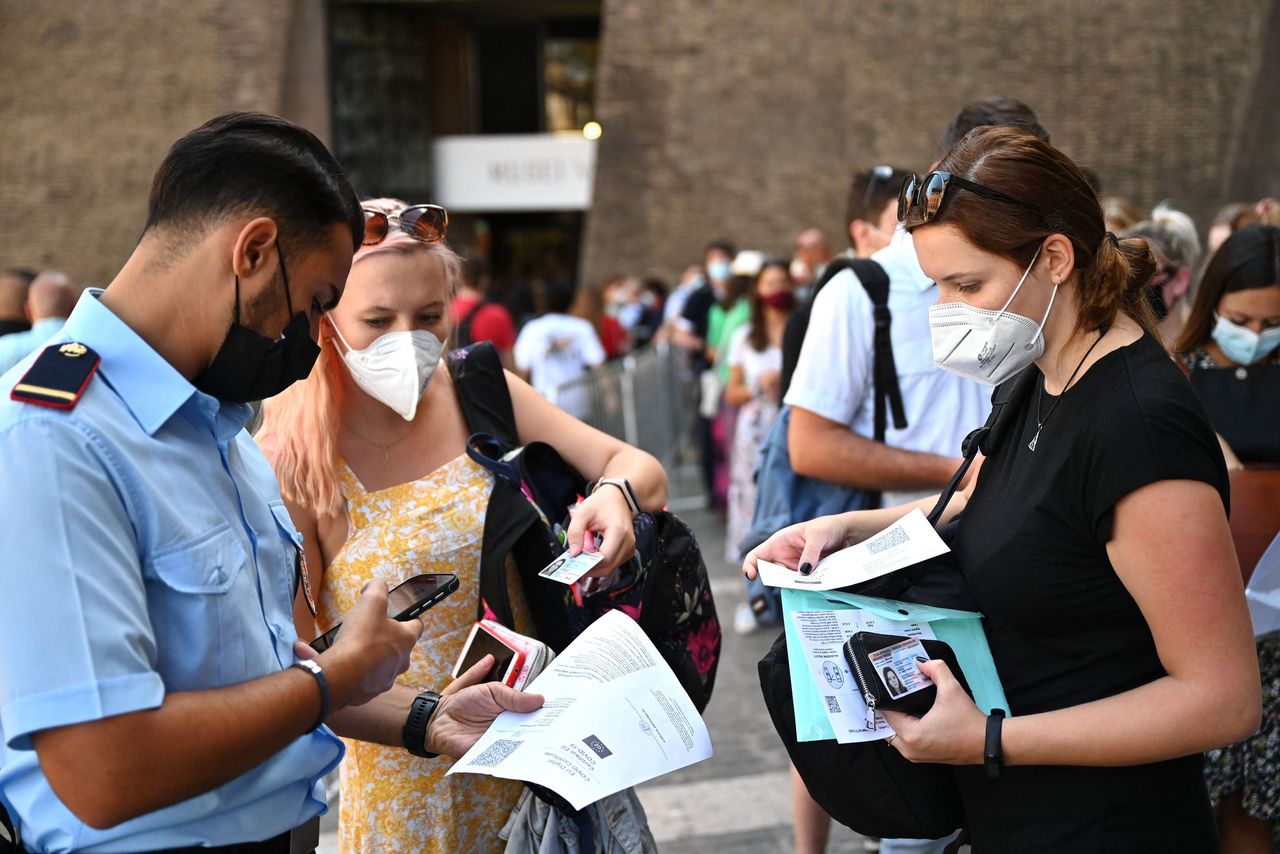 In the Netherlands, the plans to use a corona pass as an ‘entrance ticket’ for, among other things, the catering industry are leading to heated feelings. Such passes are already being used in this way in several European countries, and there is sometimes considerably less protest. In other countries they are already discontinuing it. A few countries and their ‘corona passes’ in a row:

France was one of the first European countries to make a health pass mandatory for access to the hospitality industry. The country introduced that rule from August, and went the furthest – showing the pass was even made mandatory for visits to major shopping centers and long bus and train journeys. A negative test result is also sufficient, but they may no longer be free from mid-October. The measures initially led to a lot of resistance: there were protests every weekend in several French cities against the ‘health dictatorship’. But now, with the rapid increase in vaccination rates (an explicit goal of President Macron’s policy), the resistance seems to be ebbing little by little.

Italy has also had a so-called ‘green pass’ for some time – based on vaccination or a very recent test. This pass is being used more and more widely. Since August, it has been required for access to restaurants, cinemas, museums and sports centers, among other things. As of September 1, the pass is mandatory for access to schools (staff and parents) or universities (everyone) and part of public transport. The government is considering making the pass mandatory throughout the government sector. There were also demonstrations against the pass in Italy. They were more limited than in France.

In Germany you cannot enter the cafe, restaurants, cinemas, theaters and museums without a corona certificate. The exact rules vary by city or region. In some cities you only enter nightclubs if you are vaccinated, or if you have had Covid-19 in the past six months. In other cities you also enter with a negative test certificate. Operators can choose their own ‘regime’. Catering establishments that only require ‘vaccination’ or ‘recovery’ may be allowed a little more (open longer, receive more guests), with the idea that their visitors are better protected via antibodies than unvaccinated people.

In Belgium, only the Brussels region, which includes the capital, is currently planning to introduce a corona pass. This gives you access to catering establishments and fitness shops, among other things. Anyone who has been vaccinated, has had Covid-19 in the past six months or has recently tested negative can enter. The region decided to do this because of the considerably lagging vaccination coverage in the capital: just over half of the adult population there has only been fully vaccinated. In Flanders that percentage is 90 percent, in Wallonia it is 79 percent.

It is possible that the measure will also be introduced in other parts of Belgium, although there is disagreement about this, precisely because the vaccination rate in Wallonia and Flanders is high. In Flanders, the governing party N-VA was recently strongly against, but Prime Minister Jan Jambon, who is also a leader of the N-VA, announced this week that he would investigate whether and under what circumstances a corona pass can be “useful and necessary”. The fear is that the virus will re-enter the Flemish regions around the capital via ‘unvaccinated’ Brussels.

Major protests have not provoked the measures. Last weekend, 3,500 people demonstrated in Brussels.

Denmark, on the other hand, has now completely abolished the corona pass. Since September 10, you no longer have to show your pass to enter. The abolition was phased. This is partly due to the high vaccination rate: in Denmark it is currently at 80 percent (of all inhabitants older than twelve years). According to the Danish government, the corona virus is no longer a threat to public health. The Danes were at the forefront of many things during the corona crisis, whether in terms of measures or vaccination speed. They are now one of the first European countries to phase out.

England announced last week that a corona pass will not be required to visit nightclubs, as was previously planned. Here too, the government says that this is possible because of the decreasing risk of corona.

Correction (September 14, 2021): This article has been amended to reflect that Denmark has now completely abolished the pass.

A version of this article also appeared in NRC in the morning of September 15, 2021

Coman substitution against Barça canceled – that’s behind it