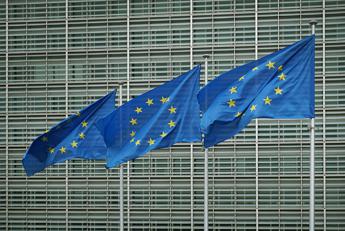 The European Commission has granted conditional marketing authorization (Aic) for idecabtagene vicleucel (Ide-cel), the first T-cell based immunotherapy with chimeric antigen receptor (Car-T) directed against maturation antigen B cell (Bcma), for the treatment of adult patients with relapsed and refractory multiple myeloma who have received at least 3 prior therapies, including an immunomodulatory agent, a proteasome inhibitor, and an anti-CD38 antibody, and who have demonstrated disease progression to the last therapy. This was announced by Bristol Myers Squibb (Bms), noting that Ide-cel is the first and only approved Car-T therapy aimed at recognizing and binding to Bcma, a protein almost universally expressed on multiple myeloma cells, killing diseased cells.

The EU green light for idecabtagene vicleucel represents “an important milestone in the treatment of multiple myeloma and brings us closer to offering personalized therapy, first in its class, to European patients battling this incurable disease, after having exhausted the previous options of therapy with the 3 standards of care – says Samit Hirawat, Chief Medical Officer Bms – With the third regulatory approval of idecabtagene vicleucel worldwide, we are proud to contribute to the advancement of cell therapy science and to continue to offer this first CAR therapy. T anti-Bcma to patients who need it “.

About 50,000 people in Europe are diagnosed with multiple myeloma each year, Bms said in a statement. Despite therapeutic advances, this tumor remains incurable and many patients face periods of remission and relapse. In particular, patients with relapsed and refractory multiple myeloma who have been treated with all 3 major drug classes often have poor clinical outcomes and have few remaining treatment options.

“In multiple myeloma, when the tumor does not respond to ongoing treatment or when a relapse occurs, the disease becomes increasingly difficult to treat,” says Jesus San Miguel, medical director of the Clinica Universidad de Navarra (Spain) and investigator of the study. KarMMa clinician. In this trial, the expert summarizes, “Ide-cel treatment has been shown to produce deep and lasting responses in a significant percentage of patients with triple refractory multiple myeloma, including those heavily pretreated and with high-risk disease”.

“Multiple myeloma patients who have tried and exhausted numerous therapeutic options are hoping for new treatment opportunities that can change the natural history of the disease – comments Brian GM Durie, Chairman of the International Myeloma Foundation – The approval of idecabtagene vicleucel is a important milestone for European patients “.

Bms’s commitment is to “make idecabtagene vicleucel available to patients in the European Union”. The company, the note reads, is currently focused “on the numerous requirements necessary for carrying out the therapy, including the onboarding of the treatment centers, on the completion of reimbursement procedures and on increasing the production capacity to make facing the growing global demand “.

Bms is also “actively pursuing all options to expand its manufacturing network for global supply to make idecabtagene vicleucel available to more patients worldwide, including the addition of a European-based manufacturing facility in Leiden. , in the Netherlands “. Meanwhile, the company will continue to “produce vicleucel idecabtagene for EU and US patients at the company’s state-of-the-art cellular immunotherapy manufacturing facility in Summit, New Jersey” in the US.

Ide-cel has obtained the conditioned Aic according to the Prime scheme (priority drugs) of the European drug agency Ema. This type of authorization – Bms recalls – is granted in the interest of public health, in the event that the benefit of immediate availability responds to a critical need that is not satisfied. The conditional MA in the European Union has an initial validity of one year, which can be extended or converted into the full MA upon presentation and evaluation of further confirmatory data.

Bubbles during the holidays? Champagne houses warn of shortages

Covid in the world: in Great Britain over 40 thousand cases for the fourth consecutive day, in the United States borders open from 8 November

Haiti, 17 US missionaries kidnapped with their families: among them also some children

Ballots, polls open at 7. Today we vote until 11 pm

Administrative elections 2021, the challenge of the ballots

Bubbles during the holidays? Champagne houses warn of shortages