The deep voice, the wide gestures, the jokes and the scolding that distributes among colleagues and deponents made the president of the CPI of Covid, senator Omar Aziz | (PSD-AM), one of the most prominent political figures in Congress today. Energetic, Aziz doesn’t spare words in rebutting senators and guests who, in his opinion, lie. But that’s when he talks about the president Jair Bolsonaro that this 63-year-old from São Paulo, living in Amazonas, the son of a Palestinian and a Brazilian of Italian origin, is even more exalted.

In an exclusive interview with Congress in Focus, the senator says that Bolsonaro gave life to the CPI and that the president’s mistakes, such as declarations, omissions, delay in buying vaccines and mockery with the victims, killed many people. A succession of mistakes that began, according to him, still in the administration of the former minister of Health Luiz Henrique Mandetta and worsened with the “parallel cabinet of piteiros” who advised the president. “This led to the death of a lot of people.”

For Omar Aziz, the CPI already has evidence that Bolsonaro committed crimes of malfeasance and against public health. Although he avoids commenting on whether the president’s name will appear on the commission’s list of indictment requests, the senator adds that the collegiate can file a criminal report against Bolsonaro and others investigated in the Supreme Court (STF).

Several senators are afraid that investigations against the president will remain in the drawer of the attorney general of the Republic, just like occurred with other complaints. But Aziz says the pressure will be great: “It’s impossible to shelve a deal like this, because the whole of Brazil is behind.”

“It was Bolsonaro who made the CPI grow, with his posture, the most striking speeches presented at the CPI are from the president of the Republic. He gave life, gave full weight to the CPI, with denial, propagation of medication and then tried to cancel the CPI. There was a clash and the CPI grew in that clash.” 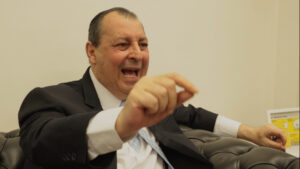 An error that occurred, according to the senator, due to lack of information about the scope of the decision of the Federal Supreme Court, which, in the end, did not release him from answering other questions.

Criticism by the president of Covid’s CPI also reaches ministers such as Braga Netto (today at Defense) e Onyx Lorenzoni (Work) and senators who, according to him, are still repeating the same speech from the beginning of the pandemic.

The commission’s work should end in the second half of September, according to the senator. For him, the biggest contribution given to the CPI was made by the former secretary of Communication of the Presidency Fabio Wajngarten, who revealed that the government had neglected Pfizer’s vaccine offers. It was for this reason, he argues, that he did not arrest Wajngarten, rejecting the request of the rapporteur, Renan Calheiros (MDB-AL), during his testimony.

For those who expect the CPI to assemble the entire puzzle of the complaints against the federal government related to the pandemic, the senator preaches moderation. It will be up to the Federal Police and the Public Ministry to complete the investigations, he warns. “It will be a very well-founded report. Of course we are going to demand agility from Organs competent bodies to carry out the investigation that has to be done”, he promises.

> Bolsonaro will go to jail if he tries to coup, says Alessandro Vieira

If you’ve come this far, one question: what is the only Brazilian vehicle dedicated exclusively to Parliament coverage? That’s right, it’s the Congress in Focus. We have been in Brasília for 17 years, keeping an eye on the center of power. Our journalism is unique, committed and independent. Because the Congress in Focus is always the first to know. We really need your support to remain firm in this mission, delivering you and everyone a quality journalism, committed to society and free.

Keep the Congress in Focus at the front.

According to media reports, Bavaria agrees with Sabitzer and Hofmann: But only one can be financed