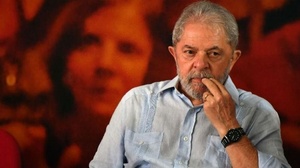 The decision was taken this Saturday (21). Alves also refuted the complaint against all others involved in the case that had been processed in the 13th Federal Court of Curitiba, then under the command of Sergio Moro. Appeal.

​In the 45-page piece, the magistrate stated that the Attorney’s Office failed to “adjust the accusatory piece” to the recent decisions taken by the STF (Supreme Federal Court). She also extinguished Lula’s punishment due to the statute of limitations.

The Federal District Attorney’s Office told the sheet that the attorney Frederico Paiva, in charge of the case, would not comment on the court decision.

Alves did not comment on the merits of the charges made by Lava Jato — in this case, whether the PT and the others investigated are guilty or innocent. By rejecting the complaint, the judge adhered to the view of the STF, which dealt with procedural issues.

The Supreme Court decreed the nullity of the process, after conviction in the first and second instance, under the argument that Moro was incompetent and partial to judge him. In other words, the accusation should not have been tried in the capital of Paraná, and the then judge, who later assumed the position of Minister of Justice in the Jair Bolsonaro government, did not act, according to the court, in an impartial manner in the processes.

The case was then transferred to the Federal Court in the Federal District. The MPF in the federal capital re-presented the case, but Alves rejected it.

Lawyer Cristiano Zanin, who defends Lula, stated that the decision reinforces that the PT member “was a victim of persecution in recent years.”

According to the criminalist, the case of the Atibaia site, “like all the other accusations leveled against the former president, was built on lies and legal distortions idealized by some members of the Public Ministry who do not honor the prestigious institution” .

Lula’s defense acts on at least ten fronts of legal proceedings in progress.

According to the complaint, the defendants committed the crimes of active and passive corruption and money laundering. The action deals with the episode of the renovation carried out on the site in exchange for supposedly favoring construction companies OAS and Odebrecht.

The judge also denied any punishment to those involved over 70 years old due to statute of limitations.

A sheet tried to contact the defense of other defendants, including whistleblowers. Until the conclusion of this text, only lawyer Maria Francisca Accioly, Léo Pinheiro’s representative, had returned. She said she could not comment on the matter because she had not had access to the court decision.

The reason for the decision, according to the judge, is due to the recent positions of the STF.

“In the case under analysis, a significant part of the evidence that substantiated the just cause pointed out in the original complaint was invalidated by the Federal Supreme Court, which ended up emptying the just cause existing until then, given that the Federal Public Ministry did not undertake to indicate to this Court, which evidence and elements of evidence remained valid and constitute just cause, which translates into a minimum evidential substrate of evidence of criminal authorship and materiality, to initiate the criminal action,” stated Alves.

Thus, according to the judge, “there is no way to proceed with the criminal action without the Federal Public Ministry adapting the accusation to the dictates of the decision handed down by the Supreme Court by comparing the decisions and evidence resulting from them and denying those that were canceled”.

According to the judge, there is no indication of documents and new elements of evidence due to the fact that the original complaint, filed in Curitiba, is impaired.

“In the present case, I reiterate, the mere ratification of the complaint without the decoction of the invalidated evidence due to the annulment of the decisions by the Supreme Court through the analytical comparison of the evidence in the records does not have the power to meet the requirement of proof of just cause , essential for its receipt.”

Former President Lula was sentenced to 12 years and 11 months in prison for the crimes of corruption and money laundering in the case of the Atibaia farm, in February 2019.

The payment for works on the property by Odebrecht was revealed by sheet in a January 2016 report.

The sentence was then given by Judge Gabriela Hardt, who was replacing Moro in the 13th Federal Court of Curitiba. “It is a fact that the family of former president Lula was a frequent visitor to the property, as well as that they used it as if they owned it,” wrote the magistrate in the sentence.

The decision was confirmed at the second instance. In December 2019, the TRF-4 (Federal Regional Court of the 4th Region) unanimously upheld the conviction of the PT.

The trio of second instance judges had sentenced the former president to 17 years and 1 month in prison for corruption and laundering—in the first instance, the penalty was less. Lula denies all crimes.

With the decisions of the STF, the PT was politically rehabilitated. If he so wishes, Lula can run for president in 2022 and is already the main adversary of Bolsonaro.

The latest Datafolha poll, published on July 9, shows the former president ahead in the electoral race. According to the survey, Lula increased his advantage.

The PT leader in the two scenarios presented to the voter and in all the simulations of the second round dispute — the one in which he faces Bolsonaro, he wins by 58% to 31%.

Tennis, forward Cecchinato and Paolini in Winston-Salem and Chicago – Ruetir

Gotham Knights reappears on the DC FanDome with a new trailer

Opinion – Reinaldo José Lopes: Beer factory near where Luzia lived is a symptom of how we devalue our past

Tennis, forward Cecchinato and Paolini in Winston-Salem and Chicago - Ruetir