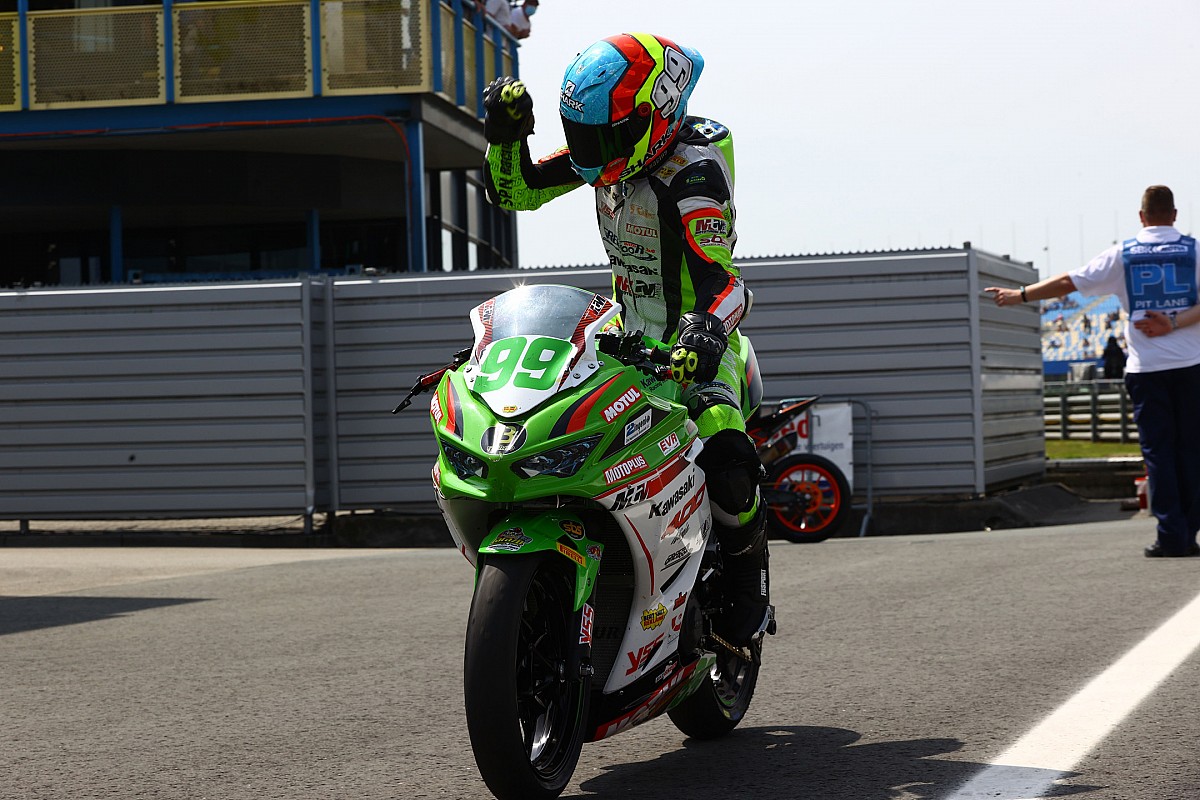 The Supersport 300 is back on track this weekend after the summer break and on the Assen track the drivers of the cadet class of the production derivatives are back to battle, giving unpredictability and hard-fought races from start to finish. On the Dutch track, world leader Adrian Huertas wins Race 1, while Tom Booth-Amos wins the second race of the weekend. The 300 class arrives at the Most round, the next appointment scheduled in two weeks, with Huertas leading the standings, ahead of Booth-Amos second at 18 points.

In the first race on Saturday, Kawasaki celebrates an MTM hat-trick, with Adrian Huertas beating his teammate Jeffrey Buis, second after a great battle, typical of the 300. As for Superbike, even in the cadet class the track limits affect the final results: the Dutchman must give up the second position on his home track for having crossed the limits of the track and retreats to third, with Koen Meuffels climbing to the second step of the podium.

Battahin Sofuoglu remains in fourth position, unable to keep pace with the top three. The damage beyond the insult for the young Turkish, he too penalized for having crossed the track limits and relegated to fifth position. It is therefore Samuel Di Sora to close in fourth position. Kevin Sabatucci also runs into the same penalty and is sixth. The Italian, however, can be satisfied because he recovered from the 22nd spot on the grid.

The two title contenders share the victories of the Assen round, with Tom Booth-Amos winning the second heat of the weekend. The Briton wins despite a nine-second penalty for slowing down over the weekend and triumphs with a half-second margin over the first of his rivals, Hugo De Cancellis. The Frenchman conquers his second podium of the season and precedes Samuel Di Sora, third. Sunday is a historic result for France, which for the first time in the history of the Supersport 300 brings two drivers from beyond the Alps to the podium.

The fight for the top positions is, as usual, intense and this second heat is no exception. Jeffrey Buis gets the better of the group fighting for fourth position and remains at the foot of the podium despite being penalized for having exceeded the track limits twice. The home rider precedes his teammate and world championship leader Huertas, fifth and also sanctioned for the same reason. The MTM Kawasaki group is contained in these positions, with Yuta Okaya sixth, while the fourth rider of the team, Koen Meuffels, is ninth. Rounding out the top 10 are Mirko Gennai, seventh, and Victor Steeman and Meikon Kawakami, eighth and tenth respectively.