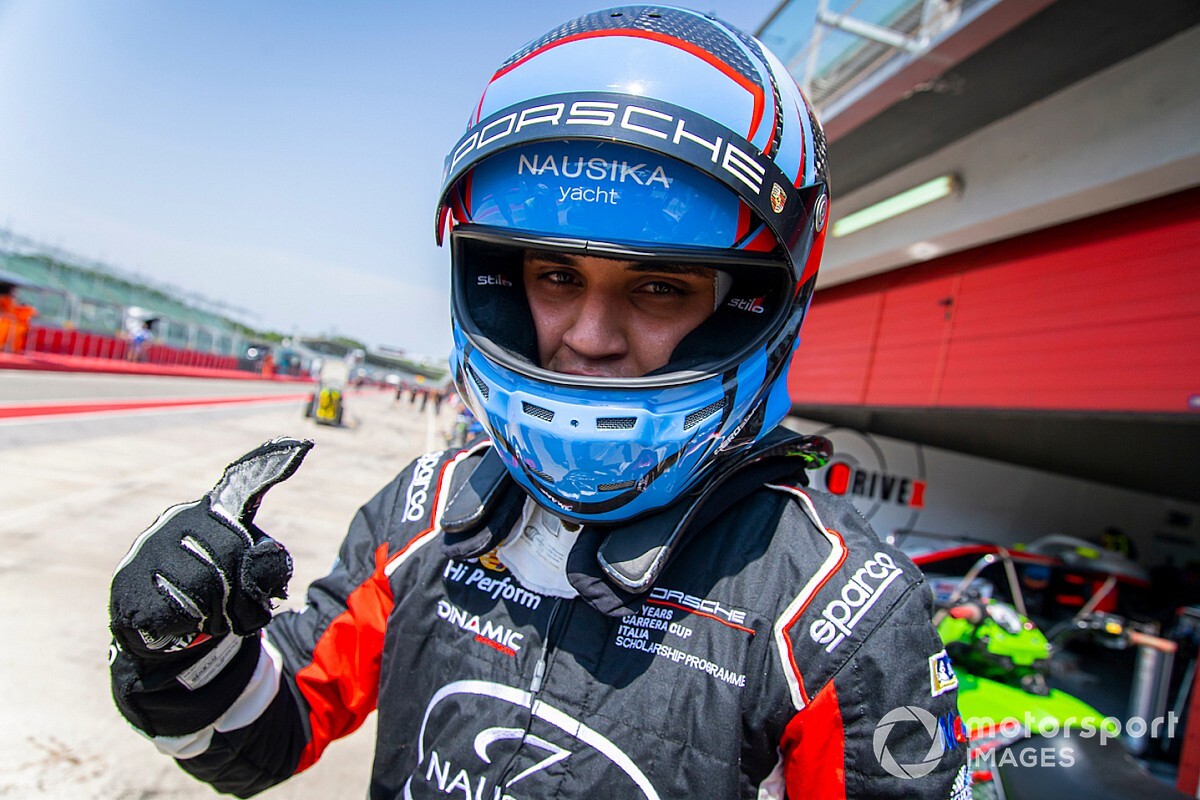 For Alessandro Giardelli it was an excellent weekend, where only the first victory in the Porsche Carrera Cup Italia was missing.

A circuit, that of Imola, certainly technical and difficult, where the Dinamic Motorsport driver always expressed himself at his best. Starting well from free practice, he gave his best in qualifying, after a good first part he managed to take home a fantastic Pole Position in 1’43 “024, approaching the track record in qualifying that belongs to Fulgenzi (1’42 “9 established in 2018).

After a good start, Giardelli managed to stay ahead of the race, which however was also characterized by oversteer problems, especially in the part of the Variante Alta.

There was no lack of battles, including with the reigning Champion. A small mistake at Rivazza made him back down a few positions, then recovered in a big way. Race which then saw the entry of a Safety Car.

Despite this, the third position and the leadership in the championship arrived.

In Race 2 there were two Safety Cars and a red flag, three starts, where Giardelli maintained all the necessary clarity.

Also in this fraction, there was no lack of battles and under the checkered flag came the third position and further points in the standings that allow him to reach 118 points, that is five lengths of margin on the direct opponent.

Now a long stop, to then return to the track on the weekend of 17-19 September at the Piero Taruffi in Vallelunga.

“Fantastic weekend, I didn’t expect these results, even if I thought they could come – said Giardelli – A weekend where everything turned great, I’m slightly disappointed with race 1 where I suffered an annoying oversteer. The restart after the Safety Car went well. well, without any problem. Despite this he reached the podium, I think the victory could have been there.

“Race 2 is very difficult, two restarts and a red flag. At the last green light I only thought about taking home points, I tried to attack for second position, but in the end it is okay. , the ranking is very short and there are still several appointments missing “.

“Now it’s time for a little vacation, then I’ll think about Vallelunga. I have to thank my sponsors, my coach Max Pigoli, my engineer Bruno Chiazzaro and the whole Dinamic Motorsport Team”.

Listening is harder than playing

Listening is harder than playing