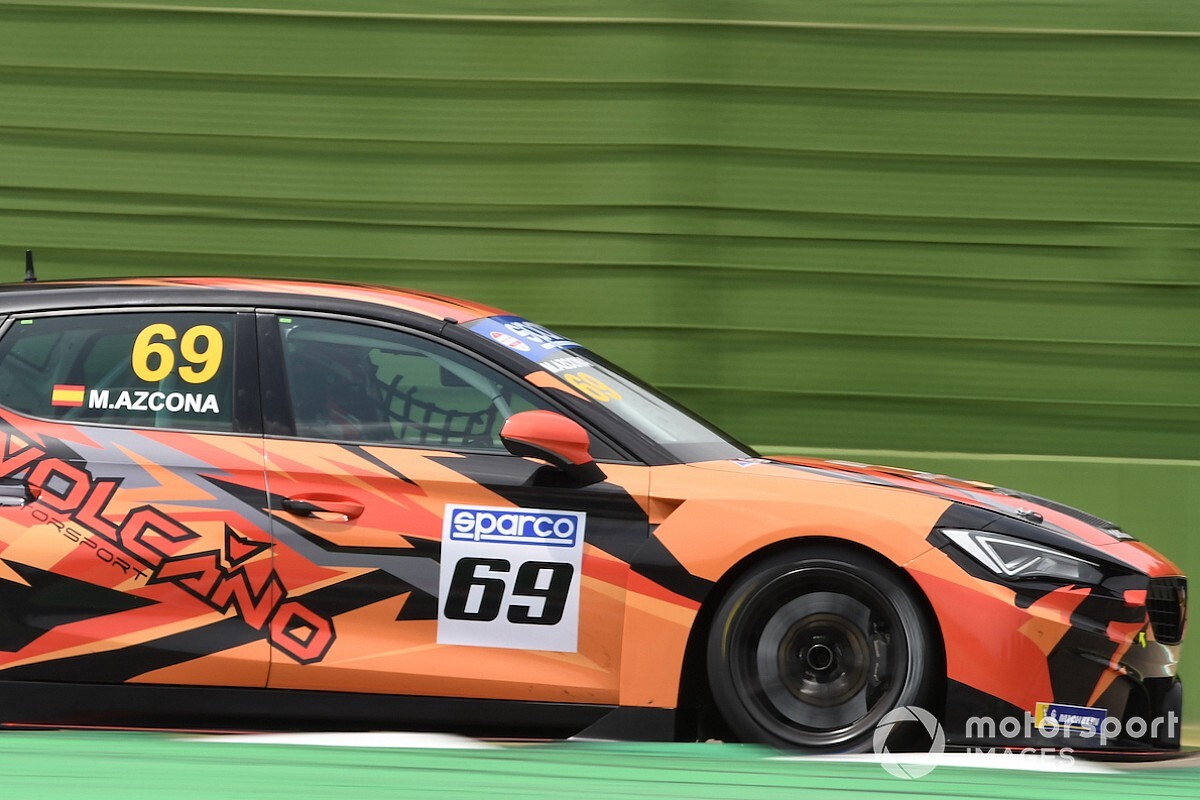 Mikel Azcona makes a great comeback after retiring from Race 1 and triumphs in the second round of TCR Italy in Imola.

After the domination of last year, the Spaniard confirms his value as a World Championship driver by recovering from eighth place on the inverted grid, where the front row was for the Hyundai i30 N of the Target Competition driven by poleman Antti Buri and Nicola Baldan.

The two had started very well and held the lead, but it took Azcona just three laps to overtake all rivals and take the lead behind the wheel of the Volcano Motorsport Cupra Leon Competicion.

Buri tried to resist his pace, but from the middle of the race he had to concentrate on himself, while Ruben Volt climbed behind him with the Honda Civic Type R of ALM Motorsport.

The young offspring of JAS Motorsport benefited from the contact between Baldan and Kevin Ceccon’s Hyundai, who had managed to recover to the podium, before running into an electrical problem that made him stop the car in fifth gear in the climb of the ” Mineral Waters “.

Baldan who followed him tried to dodge him, but he took it with the front right ruining the bodywork, which allowed Volt to take the position of the Venetian, who then led a very fierce group for a long time that did not spared no hits.

Among these Evgenii Leonov emerged with the other Cupra of Volcano Motorsport, who managed to overtake Baldan, taking fourth place at the restart from the Safety Car when there were 2 laps to go.

The security car had to intervene due to a collision between Ettore Carminati, Eric Brigliadori and Salvatore Tavano. Brigliadori made a mistake coming out of “Rivazza 2” and opened the possibility for Tavano to join him on his left. Carminati, on the other hand, faced the right and at the braking of the “Tamburello” the Audi RS 3 LMS of the Romagna driver of BF Motorsport broke slightly to the right, touching the Hyundai of the rival CRM Motorsport.

Tavano passed inside unscathed, while Brigliadori slammed very violently on the external barriers, with Carminati parked just ahead. Both came out unscathed, despite the great blow from Cesena.

However, the fights did not end here because an aggressive Dusan Kouril, who tried to climb the slope from 14th place throughout the race, threw himself into Tavano with a braking at the limit. The Hyundai of the young man of K2 Engineering was touched by the Cupra of the standard bearer of the Scuderia del Girasole, probably unaware that the rival could thus slip into the last of arrogance.

The Sicilian went straight into the escape route collapsing out of the points zone, a heavy blow in terms of the championship standings because he remains dry.

Mattias Vahtel thus climbs seventh with the other Honda of ALM, followed by the old Cupra of a positive Riccardo Romagnoli (Proteam Racing), while MM Motorsport completes the Top10 with its Honda entrusted today to Martin Ryba and Ibragim Akhmadov.

No points even for the other Cupras of the Scuderia del Girasole in the hands of Raffaele Gurrieri, Nicola Guida and Federico Paolino (who had problems with a tire returning to the pits). Unlucky once again Michele Imberti (Elite Motorsport), found himself with a flat tire after a collision, as well as Igor Stefanovski (AKK-PMA), who after a good start holding the Top5 went wide in the gravel during a duel irreparably ruining the its Hyundai.

In the standings now Buri is first with 260 points, overtaking Ceccon (241) and Baldan (229). In contention for the title there are also Brigliadori (226) and Tavano (216) albeit much more distant, while the rest of the group is far away. Babuin is now one step away from celebrating in the DSG.

Pellegrini start uphill: “What an effort, I thought I was better”

Volkswagen with V6 improved by Walkinshaw

Column Maarten van Rossem: why the 2CV is the most original car ever built

Volkswagen with V6 improved by Walkinshaw