Mercedes is no longer just a mirage for Ferrari 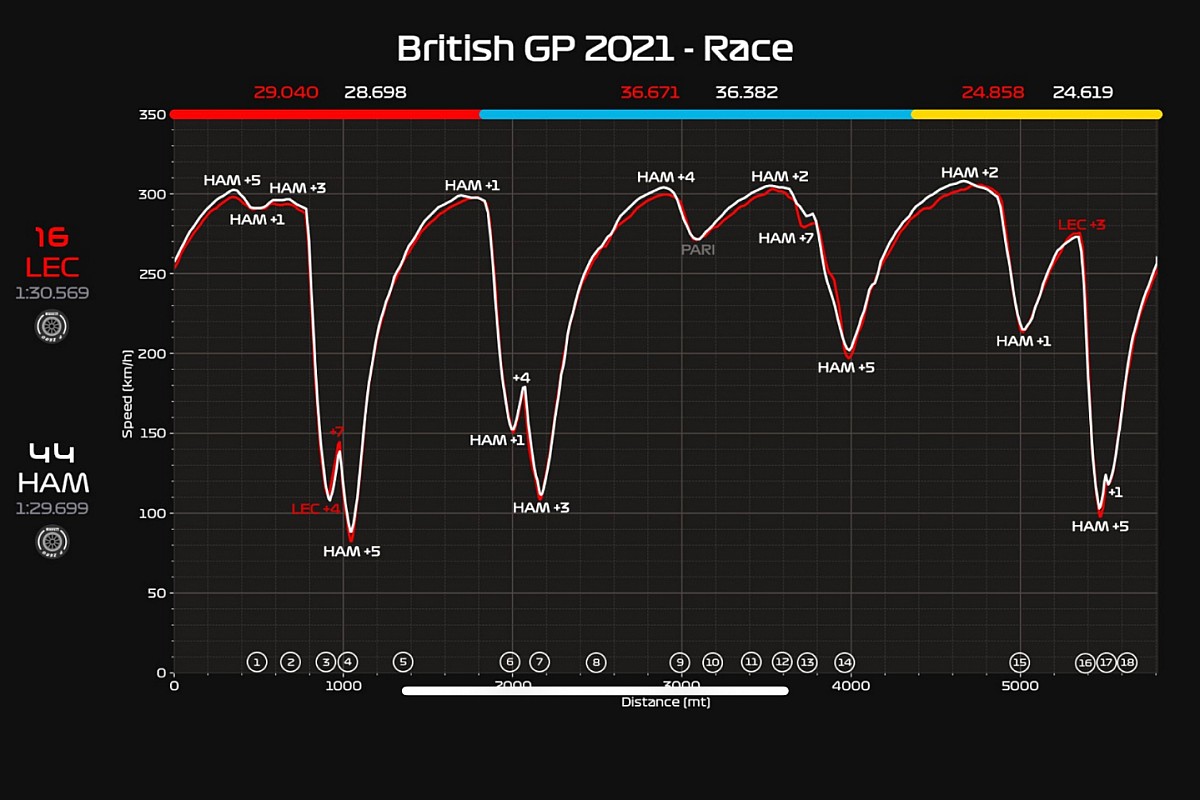 If Mercedes ‘return to victory with Lewis Hamilton is the news that has had the most impact on the drivers’ championship standings, taking into account Max Verstappen’s zero as a result of the crash on the first lap of the British GP, there is no doubt that the surprise of Silverstone was Ferrari, able with Charles Leclerc to fight for success for 50 of the 52 laps scheduled.

Once the patatrac of the first lap was consumed, the Monegasque had the authority to go to the command of the race and from the restart from the red flag he was able to impose a step on the SF21 which kept him in command up to two laps from the end.

Sure, Lewis Hamilton had to serve the 10-second penalty, to pay the relative blame for the crash with Verstappen, but Ferrari confirmed that she was no longer a Cinderella. On the contrary, the Cavallino team seems increasingly willing to return to the top team, countering McLaren’s role as third force in the Constructors’ championship.

If Leclerc was imperious in keeping up with Lewis’ W12 when he had yellow tires (in the first stint), the Monegasque had to work harder when, after the pit stop, he switched to white tires, the harder compound C1s.

From the analysis of the telemetry carried out by Matteo Bobbi’s staff it emerges unequivocally that the reunification of the black arrow with the red one was not in doubt: the question was only in how long. Leclerc withstood up to two laps from the checkered flag, giving a sample of his great qualities, before being inexorably slipped into Copse by a Hamilton very fast towards success number 99.

With the white shoes, Mercedes highlighted a gap on the fastest lap of 870 thousandths on the Ferrari, a gap that was not so conspicuous with the yellow ones. The aspect that emerges from the graph is that the Reds suffered more in the first sector of the track, adding a gap of almost three tenths per lap which gradually decreased in the second and third sectors.

First of all, it must be pointed out that Hamilton was able to benefit from a new aerodynamic package that allowed him to rival again the Red Bull RB16B which in the five GPs preceding the English one had given the impression of being clearly superior to the car of Brackley.

Analyzing the curves of the graphs it emerges that Mercedes superiority has emerged everywhere, but only with the world champion, because Valtteri Bottas has always remained behind the Ferrari driver. The sinusoidal trend of the lines is similar. With the SF21 always a hair below the W12, except in two places, in the Complex at the Village and The Loop and then before the last Vale chicane.

In particular, thanks to the new bottom that replaced the one with the “waves”, the black arrow seems to be able to produce downforce with the car body, being able to go back to unloading the wings a little, enhancing the qualities of the F1 M12 E Performance power unit. . The Brixworth engine makes a clear difference in the straights, while the 065/6 seems to defend itself very well in the first acceleration phase, showing the traction qualities of the SF21.

The response is clear: Ferrari is not yet able to break the hegemony of Mercedes (and Red Bull), but on tracks congenial to the Red team such as the Hungaroring, it can give the two contenders for the world championship regrets, because the power The engine counts less and the traction qualities exiting the corners are enhanced, which are not as slow as in Monte Carlo, because the average speed in Budapest is much higher than in the Principality while remaining a stop-and-go track.