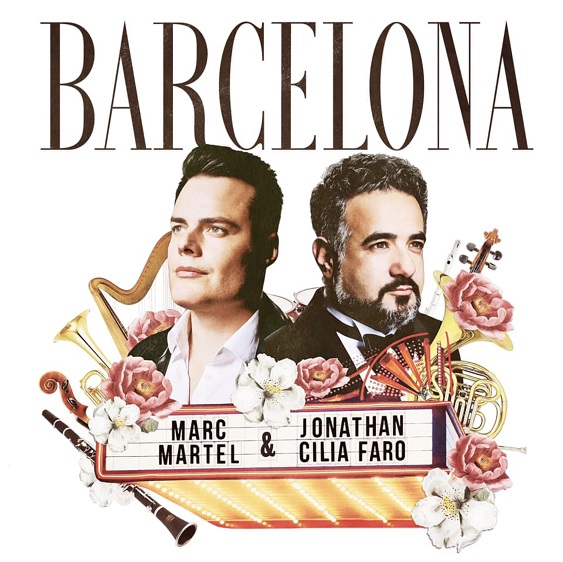 ROME – From Friday 23 July the single by Marc Martel & Jonathan Cilia Faro “Barcelona” is on the radio and available digitally, a tribute to the global success written by Mike Moran and Freddie Mercury who interpreted it with the great soprano Montserrat Caballé, released on 26 October 1987, extracted from the album of the same name. In 1992, after becoming the Official Anthem of the Games of the 25th Olympiad, it took 2nd place in the UK, Netherlands and New Zealand rankings, 6th in France and 8th in Switzerland and Ireland. Today it returns in this version to coincide with the Tokyo 2020/2021 Olympics.

“33 years after the first launch in Barcelona – says Jonathan Cilia Faro – I thought I’d give it a try, don’t hold back, and with Marc we made another wish of mine. With the Team led by the multi Grammy winner producer David Hamilton, assisted by the great Vincenzo Cavalli, by an arrangement idea by Vincenzo Fontes, we thought of paying homage to this success as if Luciano Pavarotti had done it with Freddie Mercury, obviously without any comparison with the two holy monsters I just mentioned. In a world where catchphrases saturate the market, I imagined to bring back to young people through this song a bit of musical traditions. Celebrating Pavarotti, Montserrat and Mercury ”.

“My audience and my fans – says Marc Martel – have been asking me for 10 years to produce Barcelona but it has never been possible because between live commitments and tours, not knowing any opera singer willing to do Rock / Opera, I couldn’t. Jonathan’s dream and vision arrived in time for 2020 and today we celebrate together a great success, Barcelona 2021 ”. This piece will also be included in the forthcoming Ep “Forte”.

Biella basketball looking for new sponsors, among the hypotheses the names of Snaidero and Scavolini emerge

Aston Martin, a cow does not become a tiger overnight | Ruetir

Friends, the singer ends up under the knife: how is she?

Aston Martin, a cow does not become a tiger overnight | Ruetir