Gerini: “I’m not vaccinated, I’m afraid of an experimental vaccine” 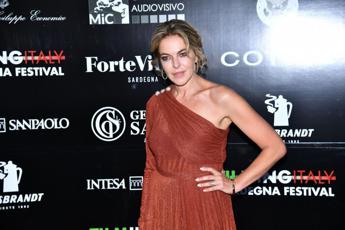 The Covid vaccine? “No, I’m not vaccinated. It’s not that I’m against it, but I’m very fearful. It’s an emergency vaccine, and since I had problems with thrombosis even during pregnancy, I have to be very careful”. This was revealed by Claudia Gerini, guest on the last day of the Filming Italy Sardegna Festival which ends today at the Forte Village in Santa Margherita di Pula. “My seventeen-year-old daughter did it, so it’s not that I’m against it – says the Roman actress – But I have many fears. You have to do many tests before being injected with something like this, because I didn’t say it: Food and Drug Administration approved it in an emergency since there is no cure. We hope that cures will be discovered little by little. “

“Thrombosis scares me, I have a predisposition and even during pregnancy I had to pay particular attention”, explains Gerini. Faced with the mandatory Green pass measure, imposed by the government, he observes: “I’m not sure that the Green pass will be forever, I have doubts. But in any case now, if I have problems, I will not enter theaters or venues. indoors, what else do I have to do. ” Or, says the actress and producer, “I’ll do the tampons, that’s not a problem. We’ve been doing them for a year now, I’ve been on many sets. Better that than a risk like that. But I don’t want to influence anyone”, she stresses.

At the beginning of the week, Italy was still divided: very hot in the South and thunderstorms in the North

MV Agusta protagonist of a comic

“Zero”, the new album by Francesco Dal Poz. The interview

Amendola confesses the illness of his wife Francesca Neri

MV Agusta protagonist of a comic