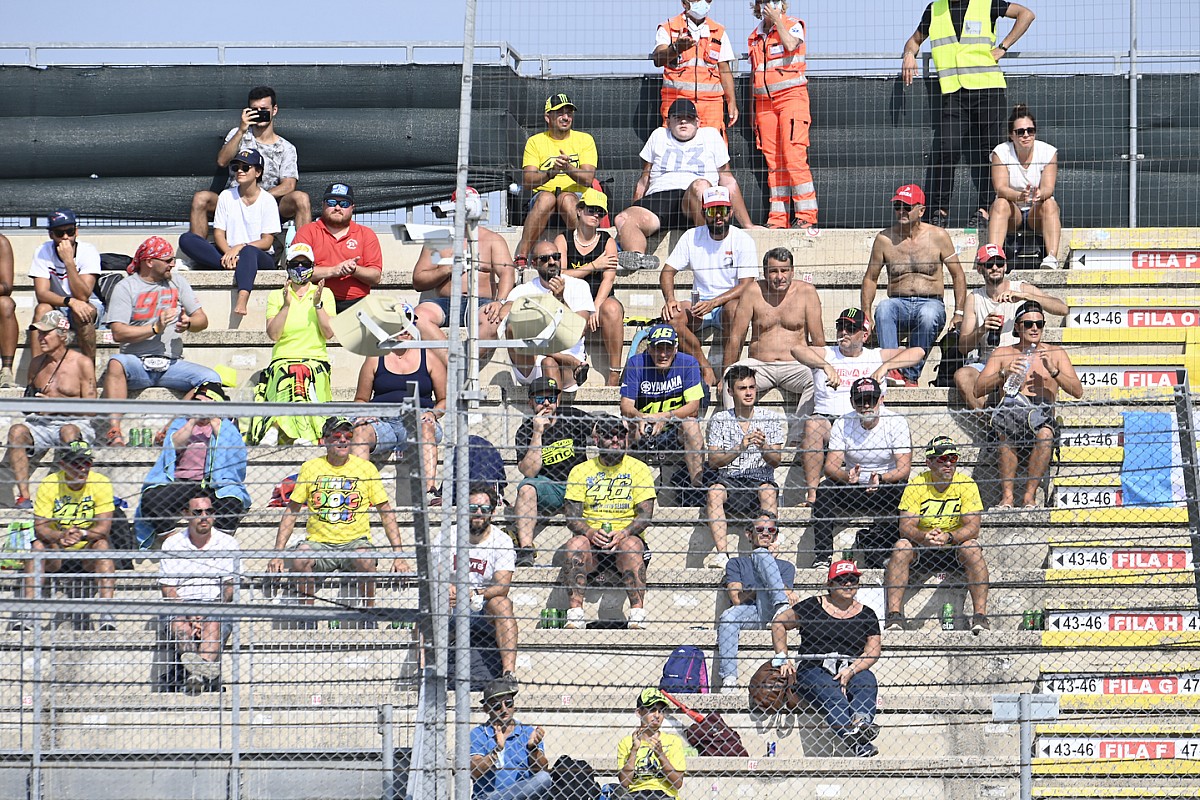 One of the most anticipated events of the season is approaching and the public will also be able to enjoy live the spectacle of the San Marino MotoGP Grand Prix, scheduled from 17 to 19 September. The Misano World Circuit Marco Simoncelli is ready to host 23,000 people a day in the stands, who will be able to support the drivers of the world championship and return to fill the stands, albeit gradually.

The decision comes in the aftermath of the regulations imposed by the Government on Covid-19, therefore the organizers of the event have announced the possibility of expanding the capacity of the plant, reaching 23,000 spectators per day. Clearly, the lawn is still closed and only the stands will be used, so access will be guaranteed in compliance with safety standards.

The available entrances are for Tribune E, Tribuna Carro 2 and Tribuna Brutapela 2, from which fans can follow the Grand Prix of San Marino and the Rimini Riviera. In each grandstand the distance of one meter will be respected and there will be a dedicated parking space for each grandstand, as last year. The MWC App will also be available, which will give information on the route associated with the nominative ticket. The novelty concerns the green pass, which will be required to enter the track. Not only that, workers will also be set up for any quick buffers to further facilitate access, as happened last June for the Misano round of the World Superbike.

Luca Colaiacovo, President of Santa Monica SpA, comments on the novelty of this year’s San Marino Grand Prix: “This is good news for businesses, for sport, for everyone, and he finds us ready to apply the decisions of the Government. 23,000 seats was a format on which we had aimed to ask for a possible derogation and therefore we are ready to carry out what was planned in the dossier that we had presented to the Ministry and defined together with the Emilia-Romagna Region and the Italian Motorcycle Federation, receiving unanimous compliments “.

Not only the world championship: at the Misano World Circuit Marco Simoncelli, on the occasion of the San Marino Grand Prix, the Moto3 FIM CEV Repsol race will also be added, a unique event for the Spanish championship, which for the first time this year comes out of the Iberian Peninsula. This race is scheduled for Saturday afternoon at 5.15pm, a unique event that surrounds the appointments of the three classes of the world championship and the MotoE.

Swim miles in a four-metre pool

This is the maximum amount of time you can leave your dog at home alone. And that’s shorter than you think…