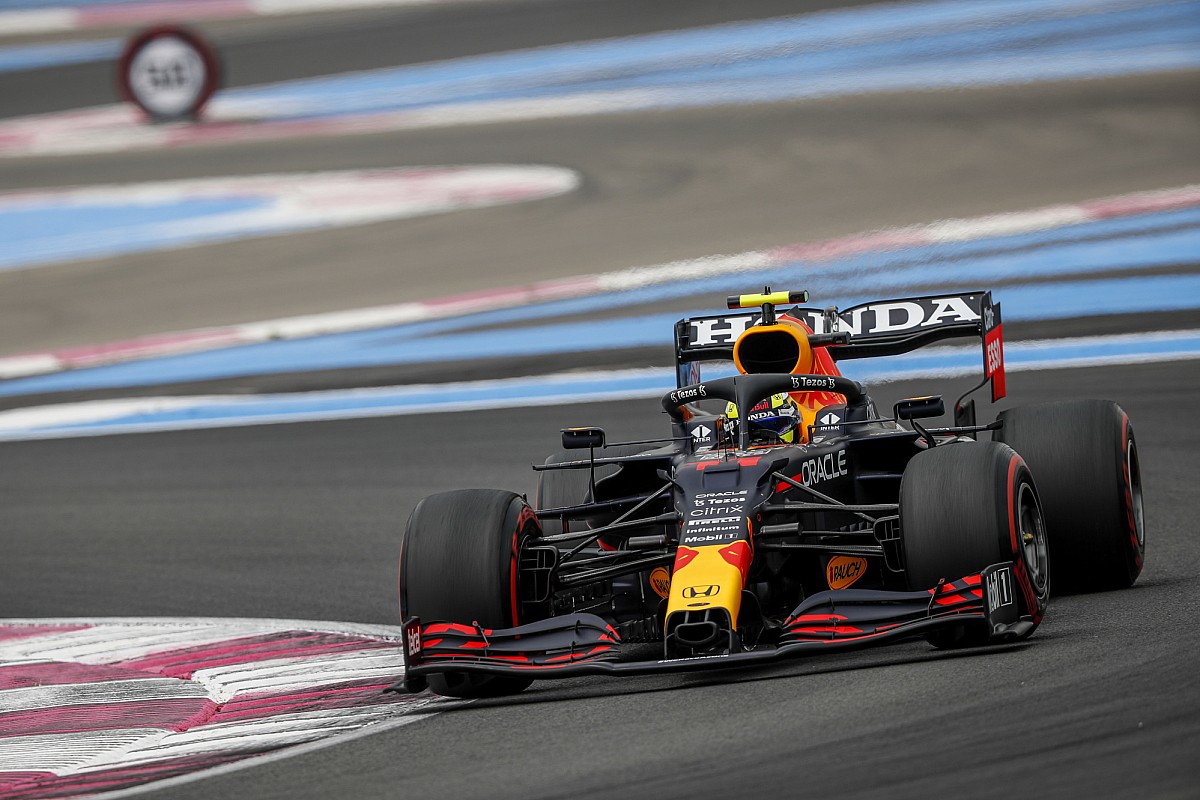 Sergio Perez’s business card has always been his ability to manage tires. We have appreciated it, over the years from Sauber to Racing Point, passing through Force India, McLaren and, from this season, also in Red Bull. And this was the keystone of his French Grand Prix in which he took third place.

While his teammate went on to win the race ahead of Hamilton, Perez played cunning and strategy, as he himself declares at the end of the race.

“When the wind calmed down, the track improved and I picked up the pace. We managed to extend the first stint, that’s what paid off in the end. Today there was more degradation than we had expected, I managed to do a great race with an excellent strategy from the team “, comments Perez, author of the second consecutive podium with Red Bull after the victory in Baku two weeks ago.

It was not an easy race, however, with the strong wind that mixed up the plans and performances of many. “The first five to ten laps the car was really undriveable due to the strong wind, I couldn’t keep up with the drivers in front of me”, continues Perez.

With the first and third places achieved today, Red Bull increases its lead in the constructors ‘standings to 37 points over Mercedes, while Perez consolidates his third place in the drivers’ standings.

The “421 Squadron” of the EZLN arrives in Spain

Tokyo 2020, Valentino Rossi jokes about it

The "421 Squadron" of the EZLN arrives in Spain