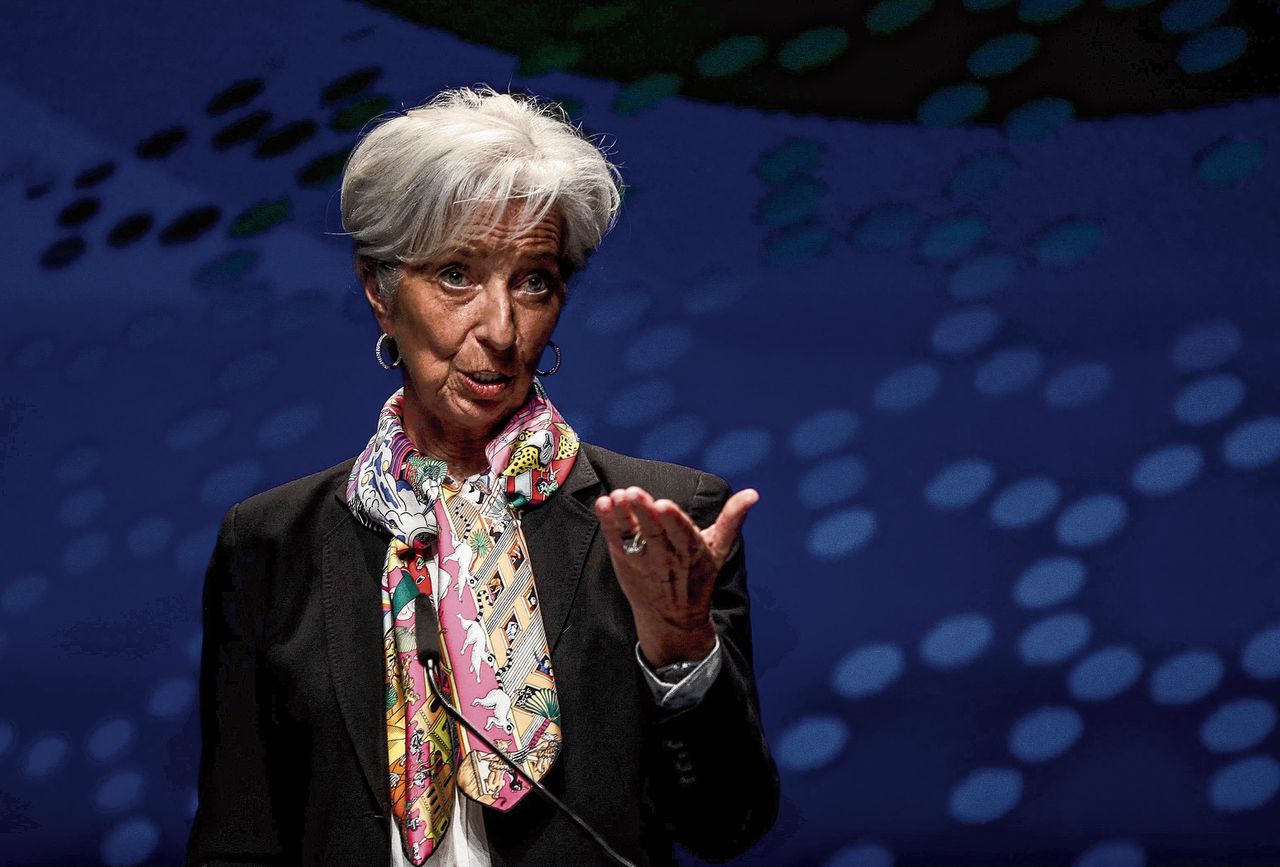 The goal has been reached, the flag can be raised. Or not? Inflation in the eurozone reached 2 percent in May, Eurostat reported last week. 2 percent: that is exactly the inflation target of the European Central Bank. More precisely, this target is “below, but close to, 2 percent in the medium term.” Inflation is now even slightly above the target level of the central bank in Frankfurt.

Meanwhile, Europeans are eager to spend their money hoarded during the pandemic on the terraces and in the shopping centers. Because: it’s allowed again. This consumption pleasure threatens to drive up prices further.

Nevertheless, the ECB is sticking to its crisis policy with ultra-low interest rates for the time being, it emerged on Thursday after a board meeting. The ECB’s ‘pandemic emergency buyouts’ of government and corporate bonds, which are pushing capital market rates, will continue at the current pace of around €80 billion a month. The deposit rate for banks at the ECB remains at minus 0.5 percent. Both long-term and short-term interest rates are thus kept very low by ‘Frankfurt’. This should keep lending up, so that the economic recovery and inflation are boosted.

What about the 2 percent inflation? The ECB looks not only at that figure 2, but also at that ‘medium term’ expressed in the target. Admittedly, inflation this year will be 1.9 percent, next year it will drop to 1.5 percent and the year after that it will be 1.4 percent – ​​at least, according to the central bank’s forecasts.

“Temporary” effects are driving inflation, ECB chief Christine Lagarde said at a news conference. For example, energy prices are now higher than last year (as can be seen at the pump), but the ECB expects them to fall later this year. So-called ‘core inflation’, which has filtered out volatile energy and food prices, is lagging behind. It is just above 1 percent and will increase to 1.5 in the next two years. “We are still a long way from our ultimate goal,” said Lagarde.

About 2 percent inflation is considered an ideal figure among central bankers – including in the US and elsewhere. It provides a buffer against deflation, a dangerous negative price spiral. Therefore 2, and not zero. 2 percent inflation promotes economic dynamism, without causing prices to skyrocket, according to most central banks.

If the ECB were to scale back monetary stimulus now, Lagarde said, it would not only push the inflation target further out of reach. It would also drive up interest rates for companies, citizens and governments too much. That would jeopardize the economic recovery. “Discussing an exit from the pandemic emergency buyout program would be premature: too early,” she said.

Not everyone sees it that way at the ECB. The decision not to phase out pandemic emergency buyouts did not receive unanimous support from the 25-member ECB board, Lagarde said in response to questions from the press.

Klaas Knot, president of De Nederlandsche Bank and the Dutch ECB board member, had said in April that he would like to phase out the purchases from July. However, in Thursday’s meeting, he reportedly supported the majority’s decision. In view of the favorable economic and inflation developments, he assumes that the emergency buybacks will end in March 2022, as the board previously said it expected.

The next ECB meetings, in July and September, will be exciting for internal relations in Frankfurt. So far, Lagarde has managed to manage the contradiction between monetary ‘hawks’, who favor higher interest rates, and ‘pigeons’, which aspire to lower interest rates. But if inflationary pressures continue to mount, it will be more difficult to maintain that the price increases are temporary in nature. Then the call from (mainly northern) hawks like Knot will increase to buy less government and corporate bonds. In Germany inflation is already at 2.4 percent, in the Netherlands at 2 percent.

The inflation forecasts of central banks certainly do not always come true. In recent years, inflation has consistently been lower than the ECB had expected.

But it cannot be ruled out that things will be different this year: inflation will suddenly turn out much higher. There are reasons to take this scenario seriously. In addition to consumer satisfaction, driven by a mountain of unused savings, there is an increasing scarcity of raw materials and chips, which can drive up the prices of electronics.

The labor market has also been shaken during the pandemic. The hospitality industry, the tourism sector and healthcare are struggling with a shortage of staff. This can drive up wages and ultimately prices. Lagarde said on Thursday that it is not yet apparent that wages in the eurozone are improving, but the question is how long this will remain so.

Inflation to 5 percent in US

In the United States, a pattern is now visible of inflation figures that consistently exceed expectations. On Thursday it was announced that inflation there in May was 5 percent. The pressure on the Federal Reserve – the US central bank – to phase out its crisis policy is mounting. Like the ECB, the Fed continues to push interest rates by buying up government debt: about $120 billion a month.

Corona is cutting in: VMBO student is behind in reading for a whole school year

Mercedes-AMG SL 55 and SL 63 down the stairs

Cameras will ensure that scooters drive between the cars

Adam Granduciel: ‘Music saved me from the noise in my head’