MotoGP 2021. French GP at Le Mans: this time there is also Marc Marquez for the bookmakers 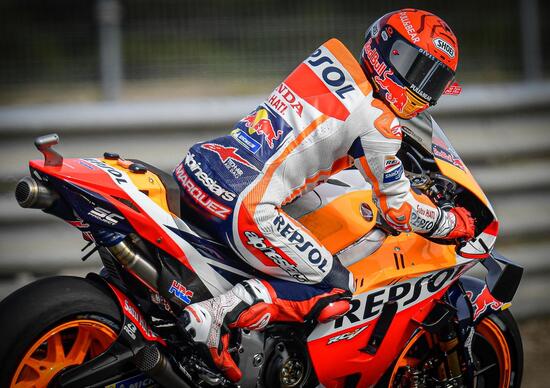 The surgery to reduce the consequences of compartment syndrome does not seem to have slowed down Fabio Quartararo, who at the Bugatti Circuit conquered the pole position of the French GP, once again earning the trust of the main betting agencies. According to the bookmakers, he is the favorite, with his odds set at 4.0. Not very low, therefore, and this is to be attributed to the unknown represented by the weather, given that the values ​​in the field could be subverted in case of rain. On the podium of the favorites, with an altitude of 4.50, also Maverick Vinales, and, with an altitude of 5.0, Jack Miller together with Johann Zarco.

Shortly after Franco Morbidelli, paid at 6.0, with Marc Marquez who, on the other hand, is the last driver below ten: 7.50. For the first time since returning to the track, therefore, the eight-time world champion enjoys greater confidence on the part of forecasts and even in qualifying he has actually shown that he can really be in the game, especially in the case of a wet track.

The only one below twenty, however, is Francesco Bagnaia, paid at 12.0, with Alex Rins, Joan Mir and Pol Espargarò “paid” at 20.0. For Valentino Rossi, ninth on the starting grid, the quota is, instead, 25.0, together with Takaaki Nakagami. Miguel Oliveira follows with 33.0. Finally, there is almost no confidence in Aleix Espargarò and Danilo Petrucci (66.0) and even less in Brad Binder, Luca Marini, Alex Marquez and Lorenzo Savadori. Finally, for all the others, the fee is 150.0.

Chiellini: “Pasillo? We chose another way. And on the relationship with Pirlo …”

Video – why this man hangs out of the window – Ruetir

Video - why this man hangs out of the window - Ruetir