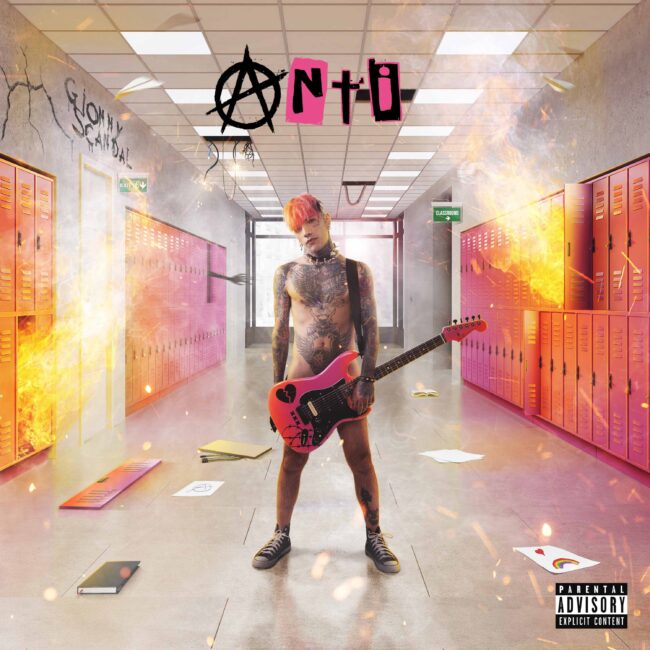 ROME – From Friday 7 May, the new unreleased album by GionnyScandal, idol of many young rap lovers from our home, will be available in physical and digital “Anti”. The album released for Virgin Records (Universal Music Italy) marks the artist’s arrival in the musical world of pop-punk, showing himself really for what he is without burdens and useless conjectures. The disc will be available in standard cd version, autographed cd version exclusively on Amazon and in very special deluxe edition (cd, sweatshirt and plectrum). After the release of “Salvami” and “Coca & Whiskey”, through “Anti” Gionny intends to launch a beautiful message of freedom in all its genres, clearing all taboos: the freedom to be as you want, the freedom to love any sex , being of any sex, showing himself for what he really is, without filters and false hypocrisies of any kind.

In the cover of the album the artist thus reveals himself for the first time naked, naked, accompanied only by his inseparable guitar. “In this record it’s finally me”, GionnyScandal declares, “I have reached a new maturity and awareness of my being an artist, I am free from anxieties, paranoia and useless fears…. now finally when i’m in the studio i’m happy with the music i’m making, not that i wasn’t before, but this has always been my true identity. I missed playing the distorted guitar, I missed writing without filters, GionnyScandal, the authentic one, is this “. The disc, containing 14 songs, is enhanced by a great international collaboration, the one with Pierre Bouvier, the singer of Simple Plan, one of the most famous and important pop punk bands in the world.

Gionny duets with him in “Nicotina” making one of the greatest dreams of his life come true. Anti is an impactful and energetic disc that reveals a GionnyScandal that is not afraid to show itself in its deepest essence; a versatile and authentic artist, endowed with a rare sensitivity, a unique talent in the Italian contemporary music scene able to move in different ranges, ranging between different genres and musical styles. GionnyScandal, aka Gionata Ruggieri, will return live in 2022. The artist has already announced two live events on 10 February at Alcatraz in Milan and 11 February at Hiroshima Mon Amour in Turin. Tickets are available on Ticketone.it.

At the Olimpico the Rome – Lazio derby ends 2-0. Mkhitaryan and Pedro decide

Friends: Sangiovanni in the final

Who is Francesca Fioretti: career, private life and current boyfriend of the actress

“Meghan? Too self-centered by the rules. She wanted to take Harry away and her plan was perfect” says who knows everything