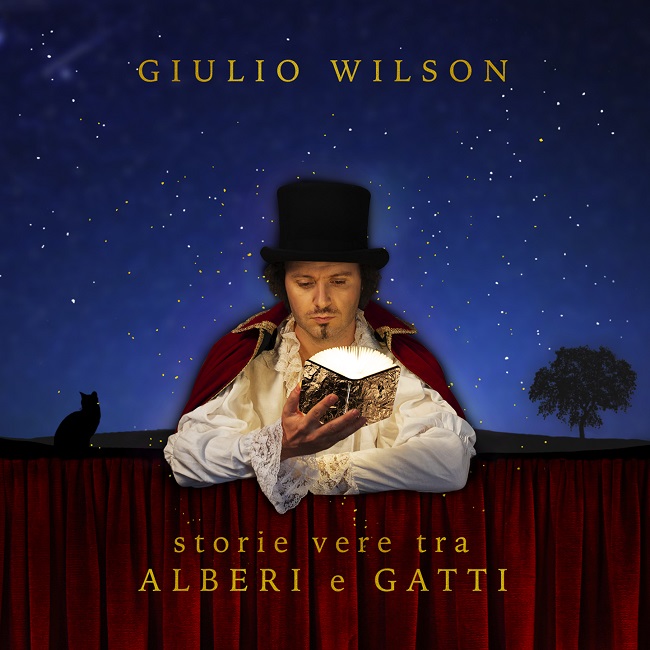 Music with a refined style that joins the story of unique and timeless lives: the new album by Giulio Wilson is out

The new album by Giulio Wilson, titled True stories between trees and cats. The disc includes 13 unreleased tracks and several collaborations with some well-known faces of great international music, such as the Chilean Inti Illimani. In addition to them also I Musici by Francesco Guccini and Roy Paci.

“It took almost two years to bring these songs to life – said the songwriter – more or less the same time that I generally wait when I make the wine mature in chestnut barrels. I preferred to write about cats, dogs and trees rather than mobile phones, struggling only with my imagination, in front of pen and paper, just as a Florentine craftsman would have done with old cherry wood boards “, so Wilson.

Who then added: “In this world, where many speak and few listen, I feel lucky to have embarked on an artistic path in the name of author’s songs, the same ones that are not limited to being interpreted, but also written, tracing an artistic path , creative who tries to ignore that sense of emptiness that afflicts modern civilization “, so the Florentine singer-songwriter.

In the disc the sound hosts different musical genres: we find ballads, as well as instrumental interludes. Giulio Wilson thus presents 13 tracks that speak of forgotten and “lost” stories: cyclical and unique stories that repeat themselves or that could recur in the future. The main leitmotiv of the album is certainly the author’s will to photograph stories in music that allow the listener to identify with the characters of the songs.

1. MEMORIES History already lived
2. FIDO True story of the Borgo San Lorenzo dog
3. THE ORGANET Short introduction
4. BUDAPEST True story of the ice cream maker Francesco Tirelli
5. WORTH THE Story of Hope (with Inti Illimani)
6. ITALIANA FINAL Local history (with Roy Paci)
7. DISAMORE History of a shared pathology
8. THE CATS OF MAGRITTE History of felines and nostalgia
9. EPISTOLAR NOVEL History of other times (with I Musici by Francesco Guccini)
10. OCTAVIA True story of femicide (with Sandra Landi)
11. THE DREAMING TREE History of vegetable consciousness
12. PROLOGUE of cellos
13. THE LOVE OF OUR DEFECTS A story of reconciliation