Lamborghini: Cola in the Super Trofeo Europe aiming for the World Championship 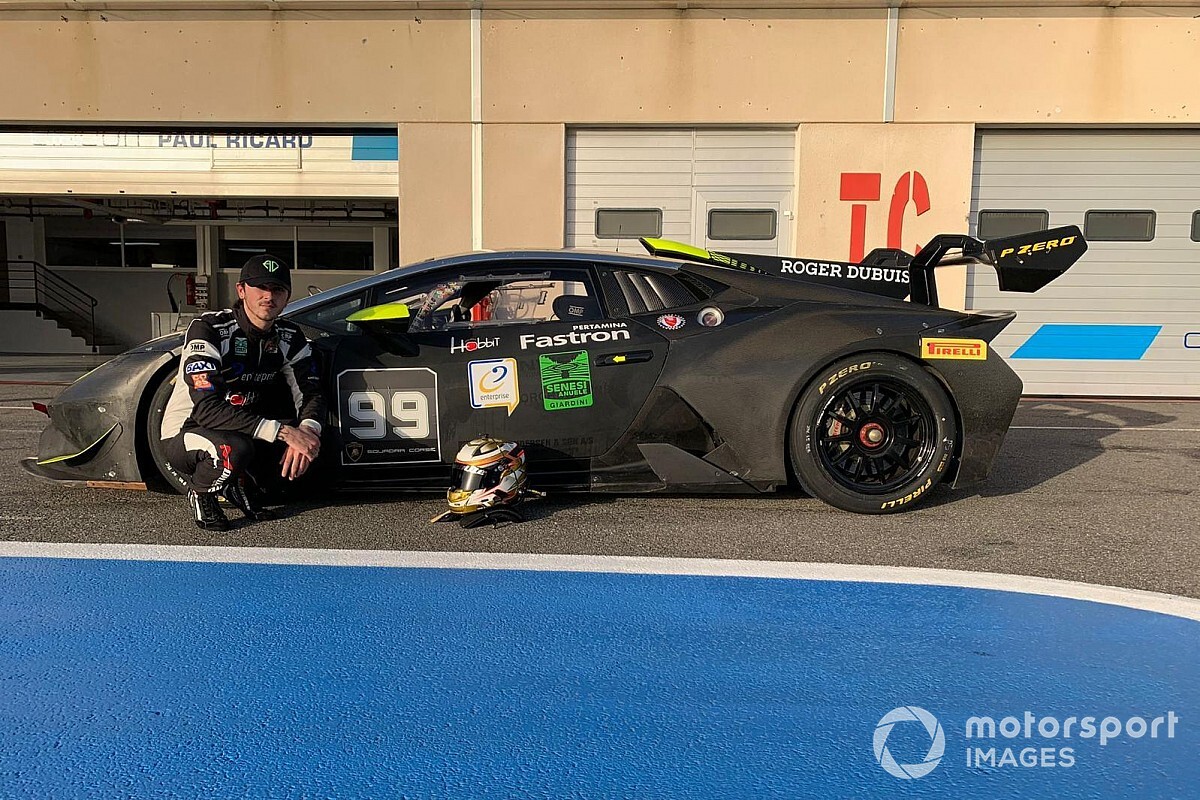 On the French circuit of Paul Ricard the twenty-one year old Roman driver Andrea Cola tested for the first time the Huracan number 99 of Roberto Venieri’s Target Racing team – reigning European team champion and with a rich palmares of successes obtained in many categories – with which this year he will participate in the European series and the world final of the Lamborghini Super Trofeo on the Romagna circuit of Misano.

“The Lamboghini is obviously a completely different racing car from the single-seaters I had driven so far,” commented Andrea Cola at the end of this first day of testing.

“The braking must be anticipated and the car slows down more when cornering, but when you put it down it gives you unique emotions. It is tiring, especially due to the heat inside the passenger compartment. Physically it is less demanding than the car, were it not for the brake pedal that you have to press as if you were to break it. However, it is a way of driving that I am enjoying more and more “.

Time and way to get more accustomed to Huracan will certainly not be lacking. The race debut, scheduled for April 16-18 at the Monza racetrack, will be preceded by at least another four days of testing on the Misano and Monza circuits, which, not surprisingly, will host the Italian stages of the Lamborghini Super Trofeo this year. Europe. Companions of Andrea Cola in this new adventure will be the traditional sponsors Enterprise, Galli & Innocenti, Giardini Senesi, Hobbit, and with the patronage of the Automobile Club of Rome, which has been following his sporting activity since last year.

The Monza appointment, already a fixed event of the Lamborghini Super Trofeo for eight consecutive years, will inaugurate the twelfth edition of the European series.

This international one-make championship, organized by Lamborghini Squadra Corse, is in fact divided into three continental series in Europe, Asia and North America which include 6 appointments with double races lasting 50 minutes and a world final. The pilots, divided into the categories Pro, Pro-Am, Am, LB

Shovlin: “Understanding why Red Bull is more stable than us” | Ruetir

New Twente policy to combat healthcare fraud in the making: ‘From now on, check new healthcare bureaus in advance’

People over 35: consult a doctor

Blind: at this level we can rise to great heights

New Twente policy to combat healthcare fraud in the making: 'From now on, check new healthcare bureaus in advance'