Pope Francis did politics in Iraq. What the powerful cannot do

Perhaps it will take us years to understand the historical importance of Pope Francis’ visit to Iraq and who knows that we cannot quickly learn how diplomacy, a clumsy and stripped-down word in these years of trade with a sprinkling of fake rights, is a very serious exercise. which requires the courage to go against the wind.

Pope Francis has landed in Iraq and in a few days has stuck his finger in the injustices of that part of the world that few take the trouble to tell, in the midst of the rubble that is there but which is born from all over the West. The Western death sellers had advised him not to go, pretending to be apprehensive advisors but failing not to appear hypocritical.

He entered to pray in Mosul, the former capital of the Caliphate militias from which Daesh has spread death and repeated aloud that there is no possible war in the name of any God, that it is not allowed to “hate brothers” and that we must not give in to “our selfish, personal or group interests”.

Beyond everyone’s creed, those words are a very powerful political act. Just as the meeting with Ali al Sistani, the country’s highest Shiite religious authority, will remain in history, in a bare room that smells like a waiting room, and in which the commitment of collaboration between religious often politics plays to brandish one against the other.

They are two men who fight against divisions and who finally bring the discourse back to a higher level, abandoning the slums of a religious racism that has become increasingly acute in our parts as well. It is the journey in which Pope Francis heard the words of Alan Kurdi’s father, who was shipwrecked on a Turkish beach in September 2015 while he was trying to reach Europe with his mother and brother.

A photo that has been around the world but of which no one has yet apologized, not even among the political leaders of a tragedy that still continues to renew itself today. The chronicles tell of a Pope who “listened rather than spoke”: that is a story that must be listened to and told, listened to and told. 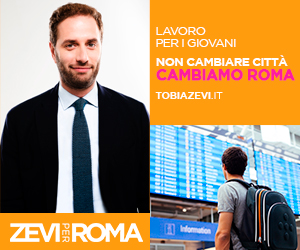 Pope Francis, however you think, has taken on an enormous political responsibility by throwing light where many would conveniently want to keep the darkness by exercising diplomacy in its highest sense, looking in the eyes and thus legitimizing the victims. While everyone is focused on proselytizing, listening even becomes a revolutionary act.

Read also: 1. The first time of a Pope in Iraq: Francis goes to the places that belonged to Isis to build peace

“They pointed out that situation to us, but when we got to that kennel, the scene we faced, was even more difficult than we expected!”

Gerry Scotti returns to ‘Striscia’ with Francesca Manzini: “It has a beneficial effect on me”

Gerry Scotti returns to 'Striscia' with Francesca Manzini: "It has a beneficial effect on me"