Developed by the Poles of MS Games, they indicate that their game is the “prologue” for other games of the war conflict.

World War II is one of the most explored settings in the world of video games, but there is always a way to offer a different point of view on said warfare. With that intention comes Land of War: The Beginning, an action game that claims to be the first to focus on the Nazi invasion of Poland in the period 1939-1940.

It is one of the first stages of one of the most remembered battles in history and, the creators of Land of War indicate that it is an “unexplored part of both the games and the general culture. MS Games, developers of the game, want to fill this void with their debut game. A work that can be enjoyed as “prologue to other WWII games”.

The game promises to explore a WW2 setting that has hardly been talked aboutThe game will be a first-person shooter, with strategic overtones, that will take the players to events of this fragment, among which are the battle of Mokra, the siege of Warsaw, the encounters in the Kampinos forest or the defense of Hel. The studio has worked with historians to give it the greatest realism both at a narrative level and when reconstructing places before the war, such as the old town of Warsaw, which was annihilated in 1944; as well as weaponry and battle prototypes. 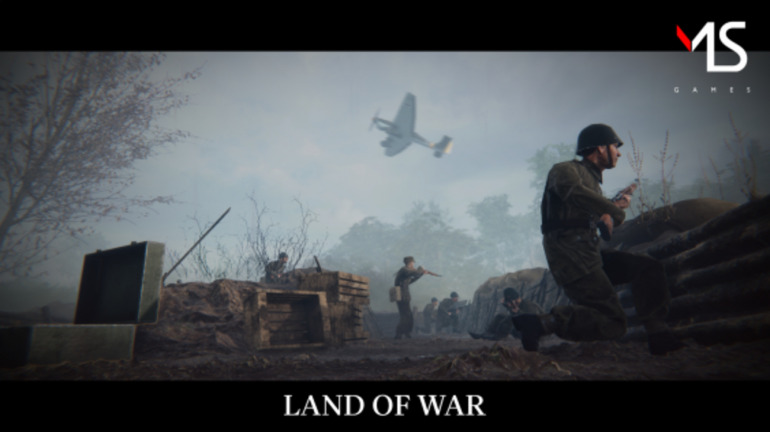 The music will be very important and, the video that you see on these lines shows different aspects of the game with the melodies that will accompany the battle and which also aims to be a way of communicating the fray, beyond the whistling of the bullets: “the song itself aims to bring the ideas of Land of War to a wider range of people thanks to a modernist approach to publishing. and creation, “he says Sebastian Binik, director of marketing the MS Games.

Land of War: The Beginning is scheduled for release in digital format for PC in the second quarter of this 2021; and later it will arrive at Xbox Series X at the end of the year.

Inspired by Japanese culture, this roguelike does not go unnoticed due to its beautiful visuals