PS5 would allow to expand its internal SSD storage this summer, according to Bloomberg

Company sources say that an update will allow the memory to be expanded with additional SSDs by mid-year.

PlayStation 5 has been on the market for several months, although there is a function of the console that has not yet been enabled. We talk about the possibility of expand storage with additional SSDs. As PlayStation showed in its technical look inside the console in October, your new machine has several slots to insert additional SSDs with which to expand those 667 GB of “usable” space that brings the console by default. A function that is not available, although Bloomberg states that this same will be enabled summer.

Based on internal company sources, the aforementioned medium states that Sony will enable memory expansions with a firmware update to be published in the middle of the year. One that will not only allow you to install additional SSD modules, but will also unlock higher speeds for fans of the console, in order to guarantee adequate cooling before the arrival of summer. 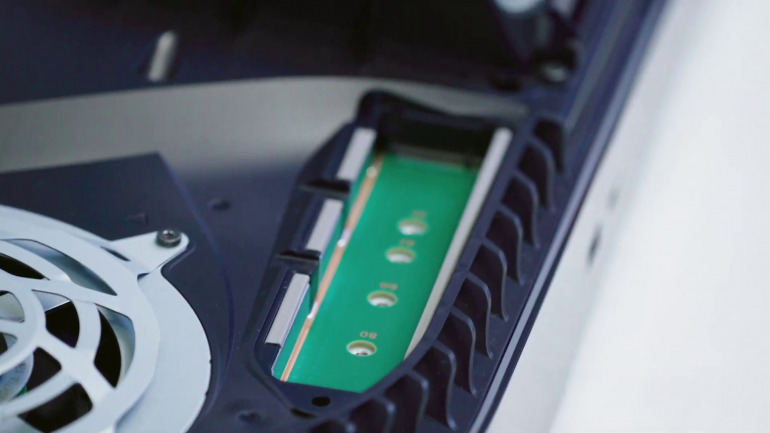 The storage space available on consoles has in recent years become a cause for concern for the players. Especially in view of products like the latest Call of Duty games. The last installments of the saga have not stopped increase its size with each new update, to the point of having to warn their players that they may not be able to install Warzone and Black Ops Cold War together on the same 500GB PS4.

With this supposed update that Bloomberg mentions, and as PlayStation already demonstrated a few months ago, expanding the memory will be so simple like removing the console panel, and inserting a new SSD drive into its corresponding slot. The aforementioned medium has contacted Sony regarding this information, who have limited themselves to replying that “as we have previously announced, we are working on enabling the expansions Memory M.2 SSD for PS5. Dates have not been announced, and details will be provided later. “

This week has been full of news about PlayStation 5, its ecosystem and its games. The Tokyo company surprised this Tuesday with the confirmation that they are working on a new PlayStation VR for PS5, which was accompanied by another less exciting news: Gran Turismo 7 is delayed to 2022. Luckily for fans of the brand, little later a new State of Play was announced that has been loaded with ads.

On the one hand, we have known the new release date of Kena: Bridge of Spirits. And, on the other hand, Square Enix has announced the arrival of Final Fantasy VII Remake to PS5 with improvements and new content. Along the way, we have seen another of the PlayStation exclusives in action: Returnal, which has shown its playability with a gameplay full of action and mysteries. There are many announcements that the event has given us, and you can review them all in our chronicle of the State of Play for PS4 and PS5.

‘Huawei is working on its own EV’

The 10 most disputed footballers for next summer

The 10 most disputed footballers for next summer